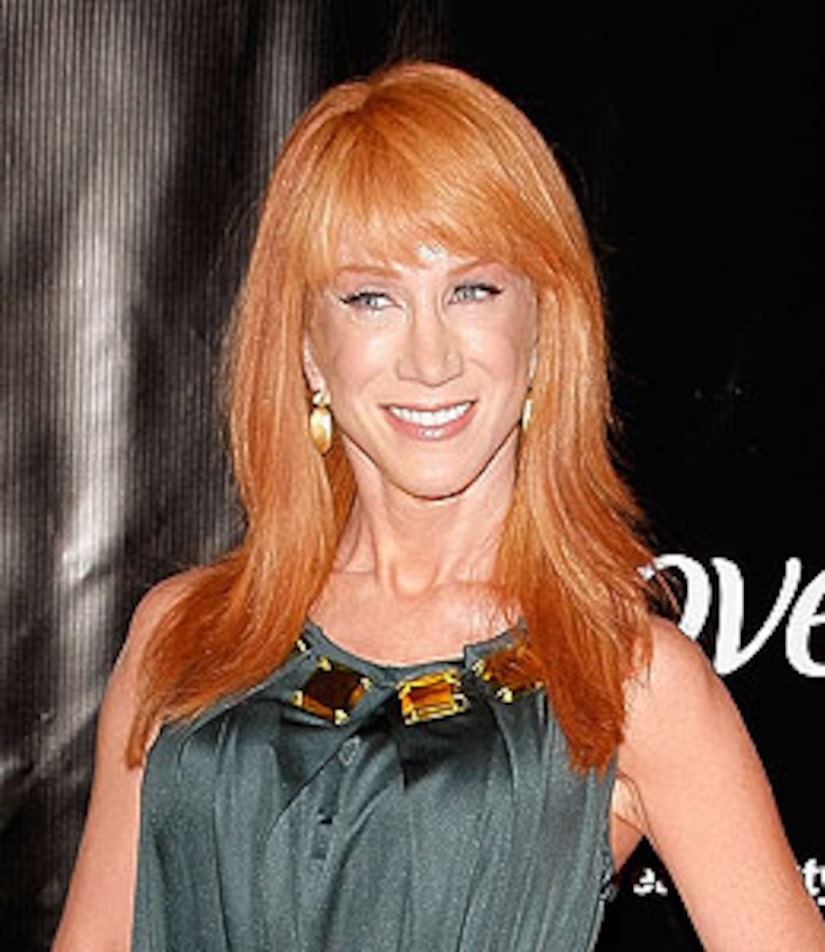 Comedienne Kathy Griffin will take charge of the mic when the "D-Lister" hosts the 2009 Primetime Creative Arts Emmy Awards.

The show's producer, Spike Jones Jr. says, "We're thrilled, as Kathy's the first Emmy winner to host the Creative Arts show. She stole the show the last two years, so now, we're giving her the opportunity to officially hijack it. We're all very, very excited. And just a little bit scared."

Griffin, a two-time Primetime Emmy winner, will bring the laughs when the show airs September 12 on E!