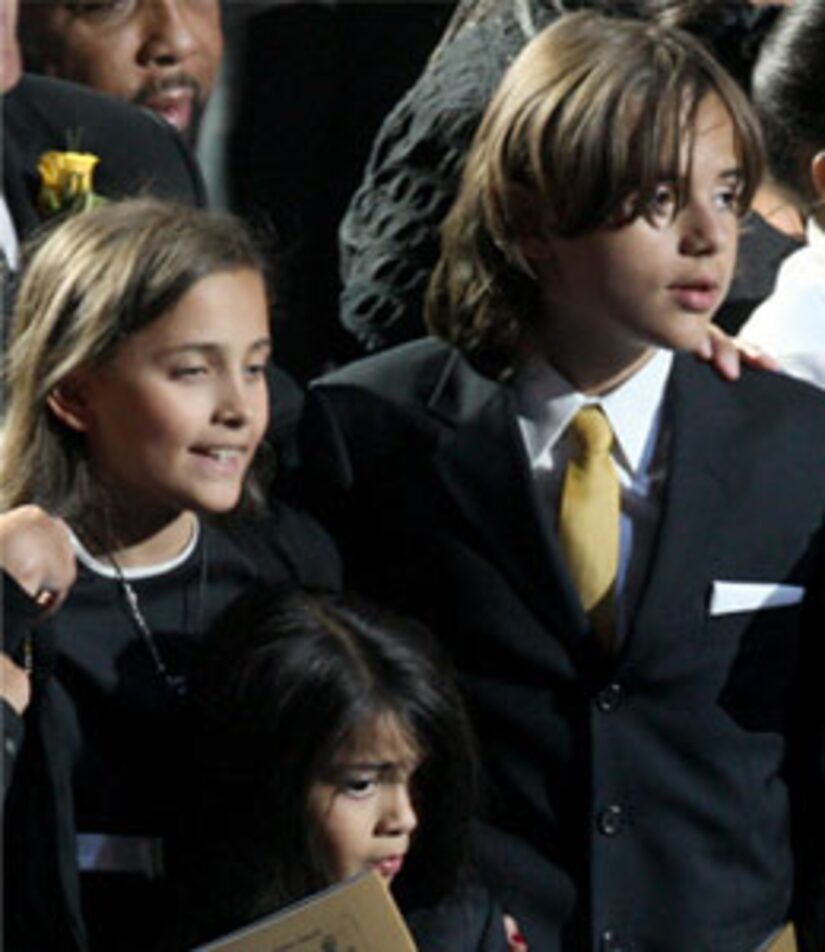 The New York Post reports the kids all sleep in the same room and love eating dad's fave KFC for lunch and dinner. The siblings have also never attended a day of school, and throw the occasional temper tantrum like any child.

The paper also says Jackson spoiled his children with midnight shopping sprees in stores opened especially for them. The Jacksons shopped everywhere from Las Vegas to Bahrain and Los Angeles to Switzerland.

Jackson's longtime friend Dieter Wiesner says the children have had the best care imaginable. Wiesner tells "Extra," "His kids were the important thing in his life."

Papa Michael was very protective from the start. Jackson would even throw away utensils after just one use. Staff members were also ordered to measure air quality in Prince Michael's room once an hour.