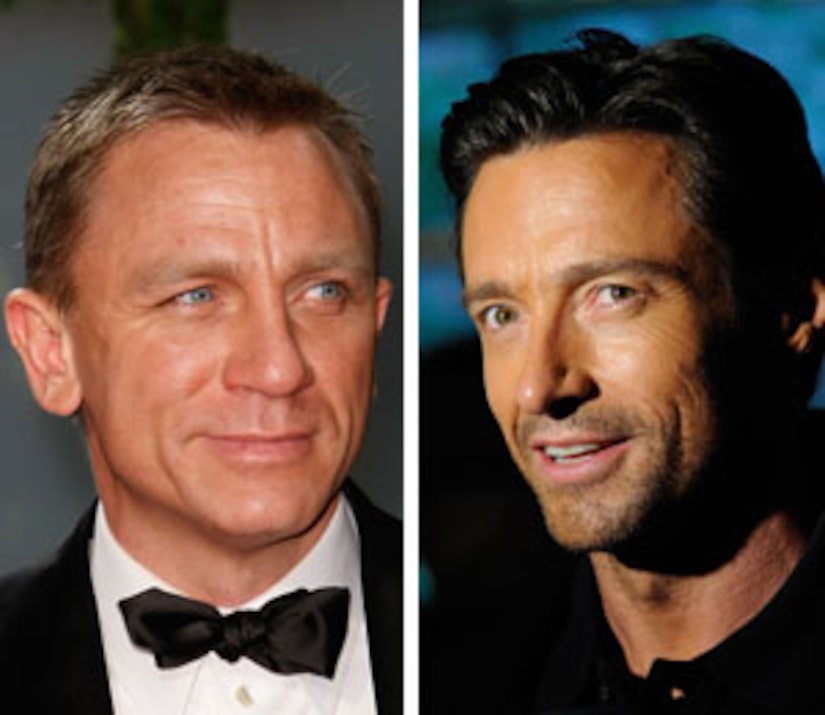 Daniel Craig will make his Broadway debut this fall alongside fellow screen icon Hugh Jackman in "A Steady Rain," an emotional, two-character play by Keith Huff about two Chicago cops trying to get through a rough day.

Craig might be new to the big lights of Broadway, but this isn't his first time on stage. The "Defiance" actor worked with the Royal National Theatre in London and was nominated for a 2002 London Evening Standard Theatre Award.

Jackman is known for his dangerous claws in "Wolverine," but the theater vet won a Tony in 2004 for "The Boy from Oz."

The play opens Sept. 29 at the Gerald Schoenfeld Theatre in Manhattan.