Jamie Foxx opens up exclusively to "Extra" about the death of music legend Michael Jackson. 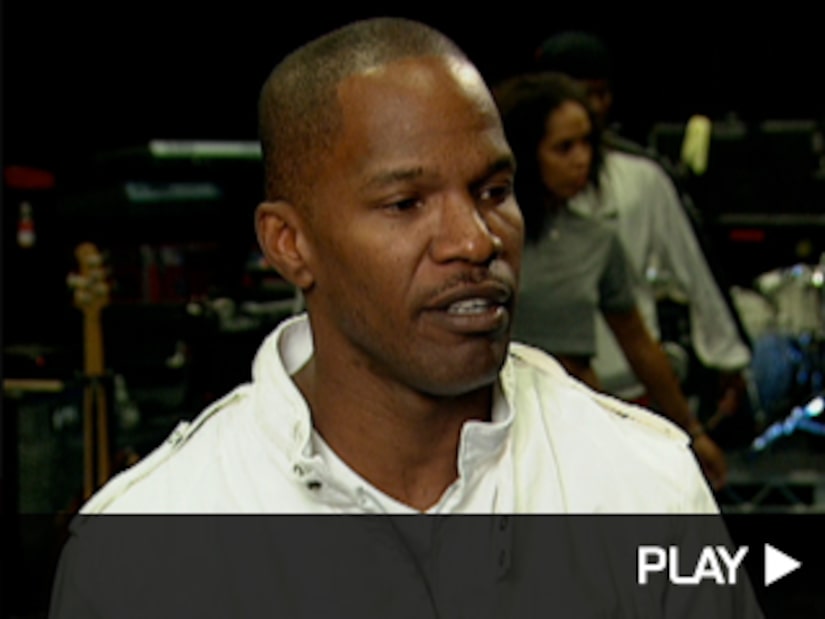 "You cannot say enough about what he has given to us musically and culturally," Foxx says of Michael. "We take for granted people like him...all he wanted to do was give us great music and that's what he did. Every single day was dedicated to us."

Jamie adds, "I'll tell you this. Seeing him in concert in 1983 -- the victory concert with his brothers to watch people faint in the audience. Grown men fainting. Women fainting just because he was that dynamic and all you can say is that you hope we put our arms around his family. So much turmoil toward the end of his career...and I think that's the only thing that you can really hope for is that there is finally peace to this whole situation."

Continuing, Foxx said, "What a great time. What a great entertainer. There will never be anybody [like him]...So our condolences go out to his family and let's take time...to do the right thing and honor the beauty of what Michael Jackson was and not the craziness and all of the circus things that the media can grab a hold to sometimes and just go nuts. Let's just honor that guy for all he's done and that's all you can say."