"Gossip" guy Chace Crawford has been named People magazine's Hottest Bachelor! Now, Crawford is opening up about his perfect date, his relationship with Carrie Underwood -- and those rumors that he's more than friends with best pal Ed Westwick. 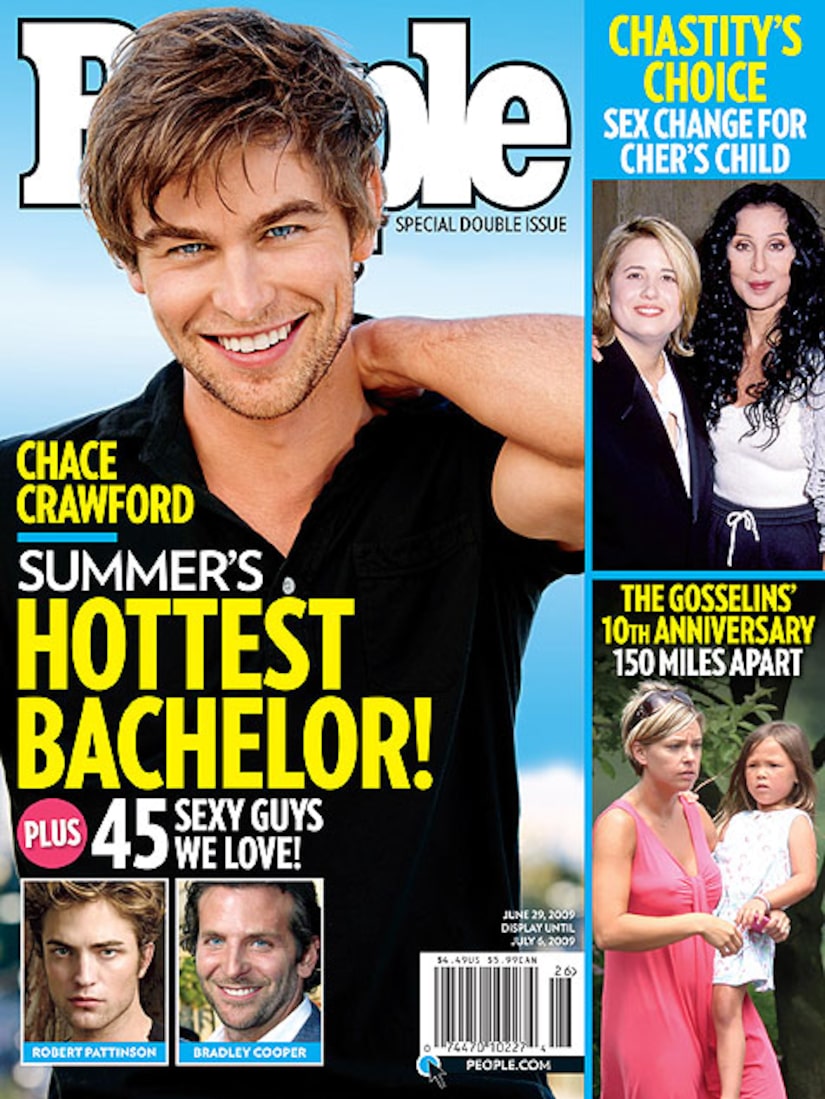 The Texan cutie, 23, revealed that when it comes to his ideal date, he doesn't do fancy. "All you need is a pool table, beer, an electric jukebox and good conversation. The day a girl beats me in a game of Beirut [beer pong] is a good sign!"

Crawford's relationship with country gal Carrie Underwood made headlines last year -- especially after their controversial text-message breakup! Still, Chace has no regrets. "I have nothing bad to say about that experience. It was awesome. I just didn't know how to deal with it. I learned a ton about dating someone in that kind of spotlight. It was such a whirlwind, but no regrets."

The actor is currently on the market, but says that finding a new relationship isn't his priority right now. "I'm not not looking for a girlfriend, but I'm not particularly looking for a girlfriend, either. I'm not knocking having a relationship; at the end of the day, you want to share with someone. But I just look at it as, I have the rest of my life to do that. I'm not in any rush."

One thing is certain -- when Chace does find love, it won't be with best friend and "Gossip Girl" co-star Ed Westwick, who he has been rumored to have dated in the past. Crawford reveals that he and Westwick aren't concerned with gay rumors. "You know what we really did the first time we heard it? Ed goes, 'Oh, did you hear that rumor about us being gay?' I was like, 'Yeah, man.' He starts laughing and we're kind of like, 'Okay, you want to go play pool and have a beer?'"

Chace is currently prepping to star as Ren McCormack in a remake of "Footloose."