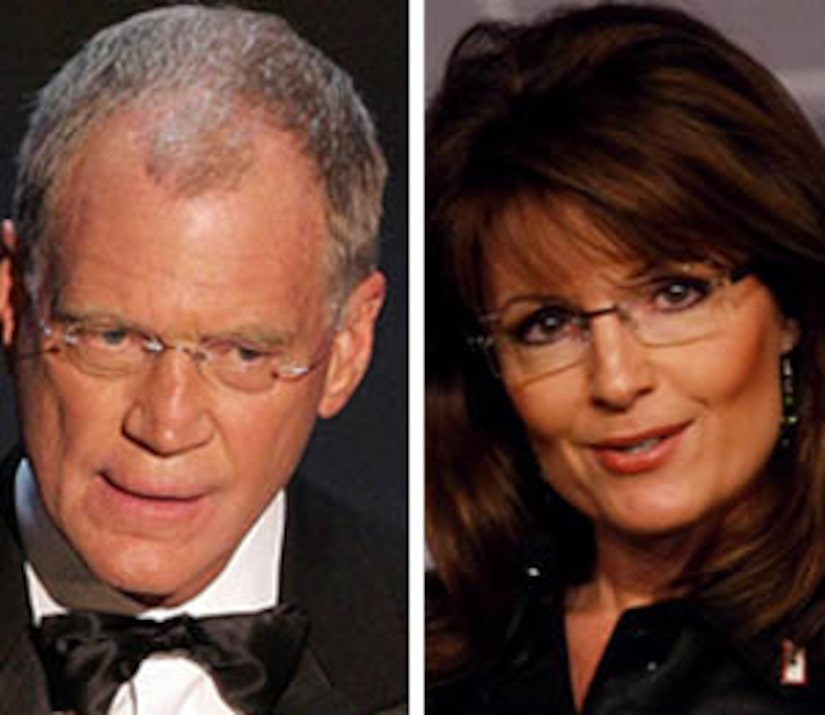 David Letterman has apologized to Alaska Governor Sarah Palin for the joke he made about her daughter, and the Governor has forgiven him.

It was "a coarse joke... a bad joke," Dave explained to Monday's "Late Night" audience. "But I never thought it was (about) anybody other than the older daughter, and before the show, I checked to make sure, in fact, that she is of legal age, 18... the joke, really, in and of itself, can't be defended."

Reps for Palin released a statement to "Extra" regarding Dave's apology, saying, "Of course it's accepted on behalf of young women, like my daughters, who hope men who 'joke' about public displays of sexual exploitation of girls will soon evolve."

The statement continues, "Letterman certainly has the right to 'joke' about whatever he wants to, and thankfully we have the right to express our reaction. And this is all thanks to our U.S. Military women and men putting their lives on the line for us to secure America's Right to Free Speech -- in this case, may that right be used to promote equality and respect."

The comedian admitted that his joke -- in which he kidded around about Sarah's daughter hooking up with A-Rod -- was a lousy one. Still, David insisted that the joke only sparked controversy because the former GOP VP hopeful misunderstood which daughter he was referring to, claiming that the subject of the joke was Palin's 18-year-old daughter Bristol, while Palin thought the joke referred to her daughter Willow, 14.

Dave added that the misunderstanding was his, since he didn't mention the name of the daughter to which he was referring. "It's not your fault that it was misunderstood," he said, "It's my fault."

The comic apologized to both Willow and Bristol, "and also to the Governor and her family and everybody else who was outraged by the joke. I'm sorry about it, and I'll try to do better in the future."

Is Letterman's apology good enough? One mom doesn't think so.