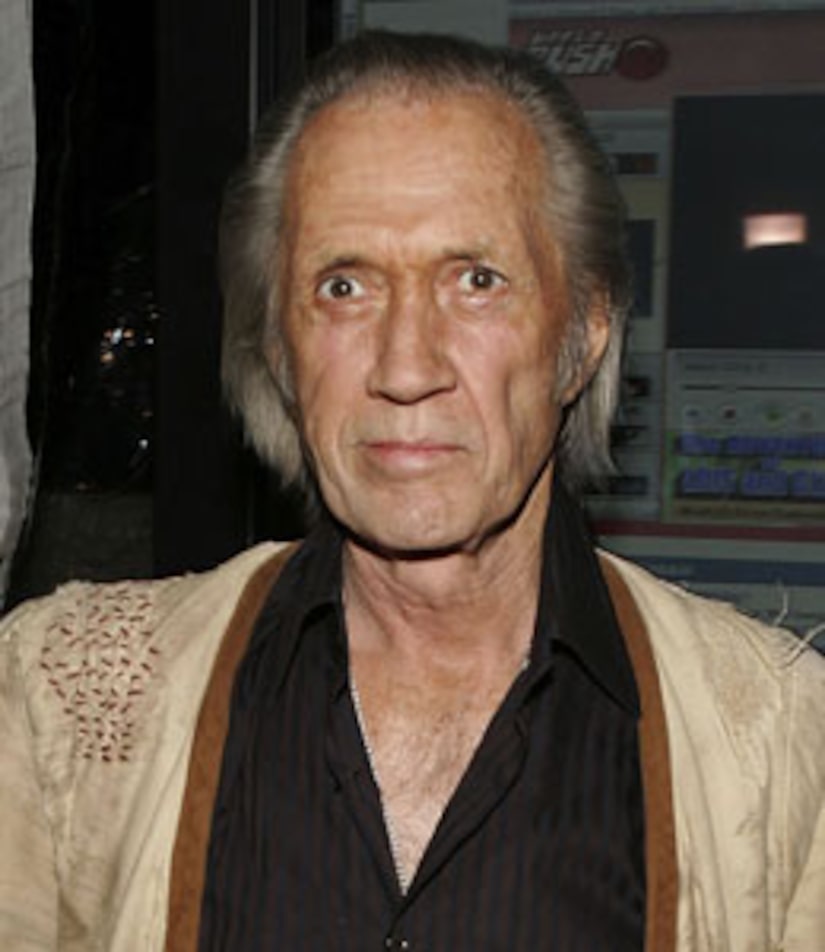 In a chilling interview from 2004, David Carradine admitted he had suicidal thoughts.

The actor told IGN.com, "There was a period in my life when I had a single action Colt 45, loaded, in my desk drawer." Carradine added, "Every night I'd take it out and think about blowing my head off."

Now reports have surfaced about a public meltdown. Carradine allegedly claimed he had trouble paying bills and putting food on the table for his family.

The Hollywood legend was also spotted running errands barefoot on May 21 in Tarzana, Calif., where he was seen buying newspapers, making a stop at Office Depot and purchasing a bouquet of flowers at a local market.

The 72-year-old was found hanging from a rope in his Bangkok hotel room on Thursday morning.