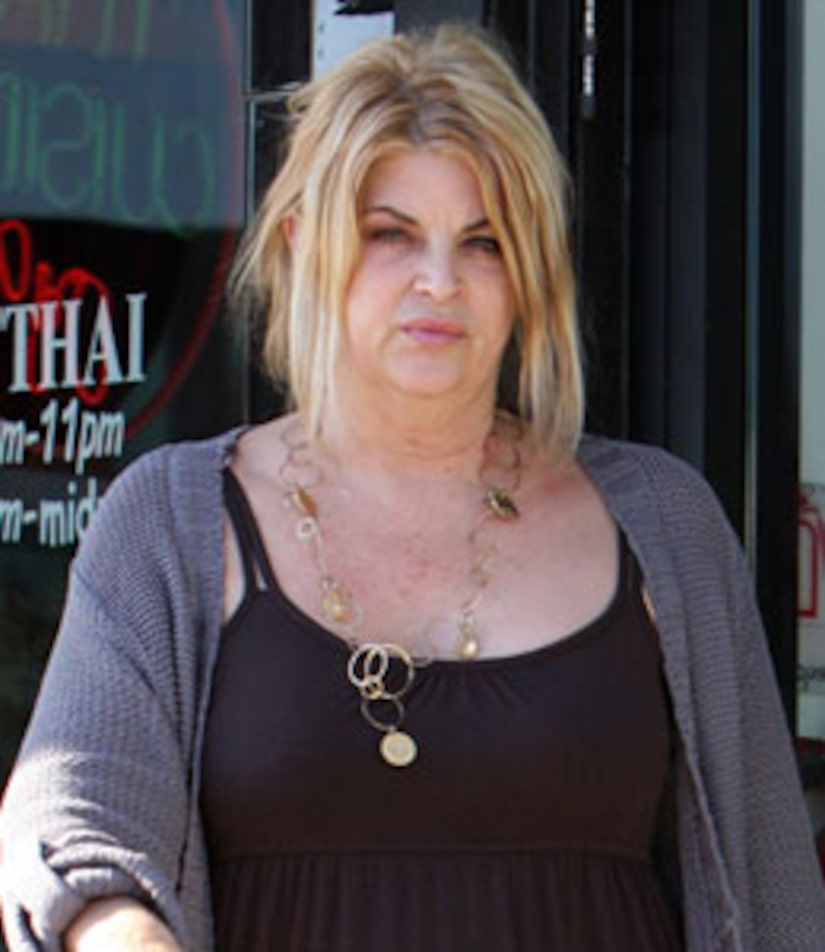 Former "Fat Actress" star Kirstie Alley now says that "giving herself some slack" was a "big mistake" -- with regard to her diet and exercise regimen -- as told to Oprah Winfrey in a show airing on Thursday.

Kirstie (pictured here in 2008) had memorably paraded in a bikini on Oprah's show after losing 75 pounds as a Jenny Craig spokesdieter, but has gained the weight back, and says she's "really sorry... for the people I let down."

Fitness and nutrition expert Tosca Reno, who transformed her own shape, says, "If Kirstie wants to change, she has to commit." And Alley says she's willing to do whatever it takes to meet her new goal... to look like Michelle Obama! "I'm like, look at Michelle Obama's guns... I could have those arms."

Tune in to "Oprah" on Thursday for the full-figured story.