In an "Extra" exclusive sit down interview with Jerry Penacoli, Rosie O'Donnell opened up about how troubled her childhood became after losing her mother when she was just 10 years old, and how a public school teacher befriended her, became her second mom... and saved her life. 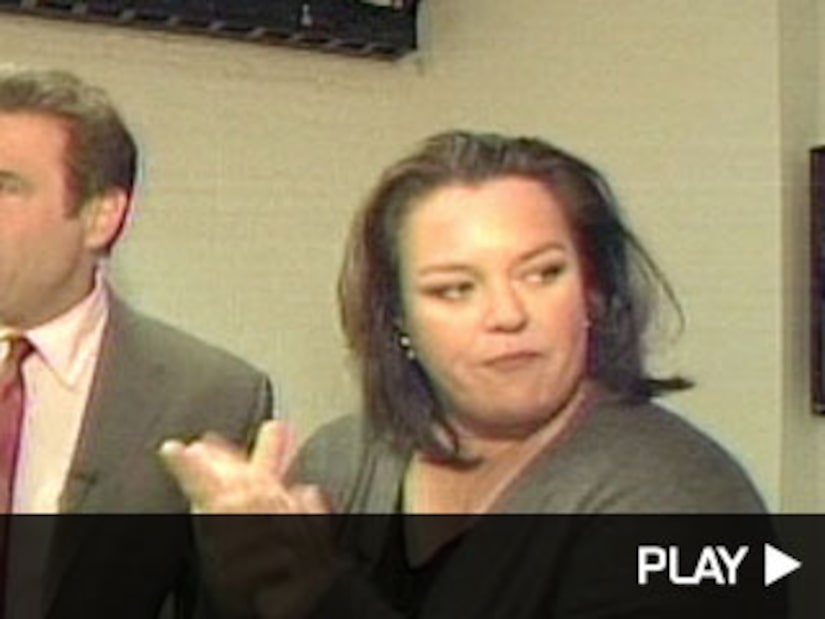 Losing her mother to breast cancer at such a young age was truly devastating for O'Donnell. She told Penacoli, "It was a very overwhelming, emotional thing for me." O'Donnell was so distraught, she even tried to run away from elementary school, saying, "I hid in the woods and the police came and they had my brother on the P.A. going, 'Roseanne, come out of the woods, you are not in trouble.'"

Then, public school teacher Pat Maravel offered the support O'Donnell needed. "I had lost a mom. I was a kid in desperate need and she took me under her wing... This woman loved me back to life," says Rosie.

O'Donnell also revealed that her mother's death is still what motivates her to this day, saying, "I think because my mother died at 39 -- I'm 47, and when I think of that... all those extra years I've had that she didn't have. I think since I was ten years old, I've known that your life can be over before it really begins, so you had better take full advantage of every moment you have... I've always been clear about what my priorities are and what is important to me and I think that's a result of losing my mom so young."

A mother of five herself, O'Donnell admitted, "It's when you have children, I think, when you miss your mother the most... I would love to be able to introduce her to my kids."

Sadly, Maravel died a few years ago from breast cancer, the same disease that took O'Donnell's own mother. Still, her legacy lives on. Public school children from low income families now have to the chance to sing and dance at O'Donnell's new school, Maravel Arts Center, named after her "second mother."

Don't expect to see O'Donnell lace up her dancing shoes anytime soon! In part two of her interview, she declares, "I'm not going on 'Dancing with the Stars' and doing the Samba... I can hardly do the tap in this room here. No, I would never do that show." That doesn't mean she hasn't received an offer, though. "They ask me to be on it a lot, which makes me laugh," she admitted.

Plus, Rosie is holding a benefit concert in New York for her Broadway Kids charity -- and you can go to the VIP afterparty! Click here for details.