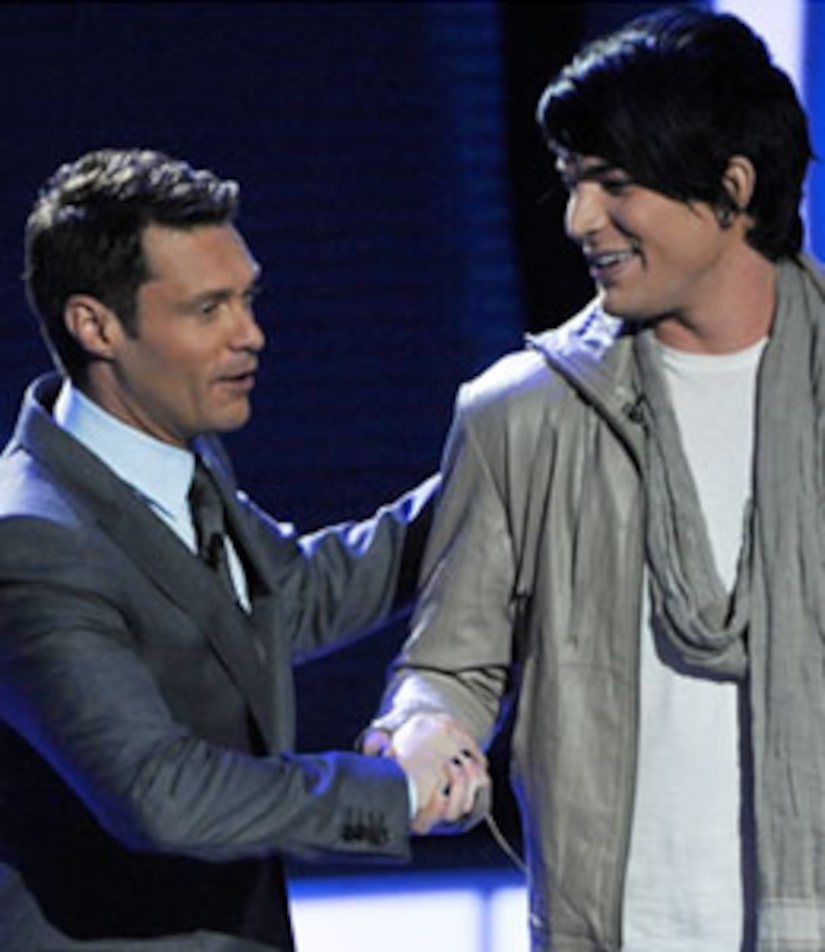 Last week's "American Idol" performance show ran eight minutes over, and viewers who use TiVo missed Adam Lambert's performance and the phone number to vote! In an effort to avoid that, the judges commented on each contestant in teams of two.

Host Ryan Seacrest explained, "We're working in teams tonight, so we make it in on time." Simon Cowell said they had to do it this way because the female judges talked too much last week. The show still ran three minutes over schedule.

"Kill Bill" director Quentin Tarantino hopped on board the FOX reality competition as a musical mentor. The top 7 sang songs from the cinema.

Tarantino picked a trite '90s ballad for Allison Iraheta. He chose "I Don't Want to Miss a Thing" from "Armageddon" to get her confidence up. The 16-year-old sang her heart out and Paula made note of her authenticity and remarkable talent. Simon called the performance "hot and spicy performance" and he thinks she believes in herself enough to go all the way.

Fan fave Adam Lambert sang and danced to "Born to Be Wild" from "Easy Rider." Paula declared, "The reason you're shakin' up this whole competition is that you dare to dance in the path of greatness." Simon said his vocals were incredible, but it was eerily similar to "The Rocky Horror Picture Show," which Adam said he loved.

Danny Gokey performed without his glasses to "Endless Love." Paula told Gokey that midway through he pulled it together and really nailed the end. Simon said the singing was fine but he was bored.

Lil Rounds sang Bette Midler's "The Rose" with a gospel feel. Simon thought Rounds was terrible. The single mom defended her performance, saying she put her own spin on the song.

Will Gokey fall into the bottom three for the first time? Will Lil Rounds be leaving the big competition? One more singer goes home tonight on "American Idol."