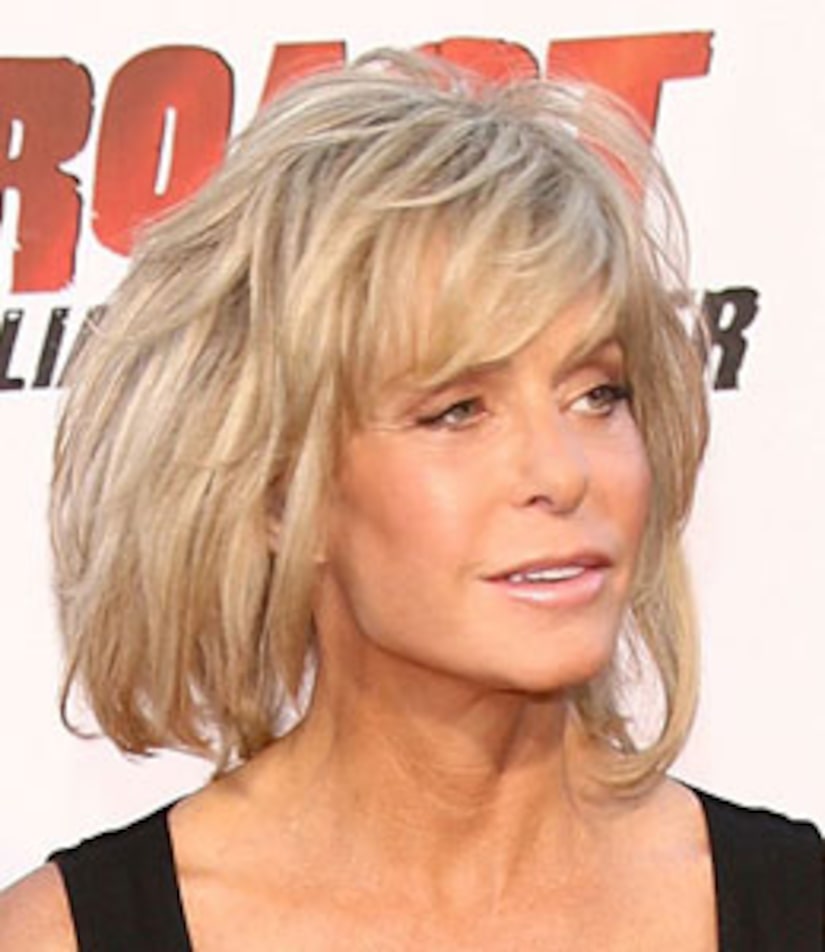 Farrah Fawcett was released from a Los Angeles area hospital on Thursday. She had been treated for internal bleeding following cancer treatment overseas. Us magazine published a statement from Fawcett's phsyician, Dr. Lawrence Piro:

"The pain from the hematoma has improved substantially and she is walking. Her mood was upbeat and she is in good spirits. She's particularly looking forward to spending Easter at home with her family."

The "Charlie's Angel" star left the hospital with Ryan O'Neal, after being hospitalized for a week. Piro said Monday that Farrah's cancer had spread to her liver.

Meanwhile, Farrah and Ryan's son Redmond in being held in a California jail after a drug arrest.