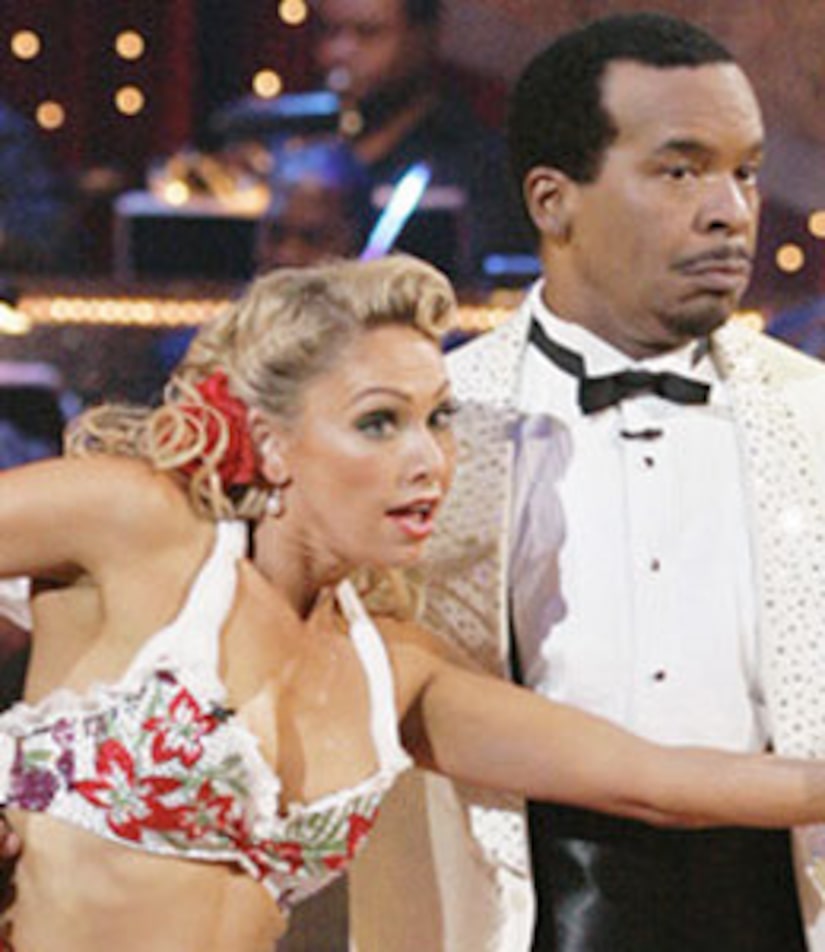 Laughter may be the best medicine, but it can't cure two left feet. Actor/comedian David Alan Grier was the fifth star eliminated from the competition on Tuesday night's "Dancing with the Stars."

The 53-year-old and pro partner Kym Johnson earned 24 points out of 30 for their Viennese Waltz in the dance-off. The judges were impressed with the couple's improvement from their performance on Monday night.

Former New York Giants linebacker Lawrence Taylor and partner Edyta Śliwińska competed with Grier and Johnson in the dance off.

"From week one, Kym and I planned on being in the dance-off on week five, so my evil plan is coming together," Grier joked before he was eliminated.

Grier remained positive after he learned his fate. The "Chocolate News" host admitted he enjoyed working with all of the contestants on "Dancing." He said, "There's so much support and camaraderie backstage that it's been awesome."