"Dancing with the Stars" pro Julianne Hough shows off her dancing moves during the week -- and she's ready to rock out on the weekend! The 20-year-old performed during the Academy of Country Music all-star concert on Friday in Las Vegas. 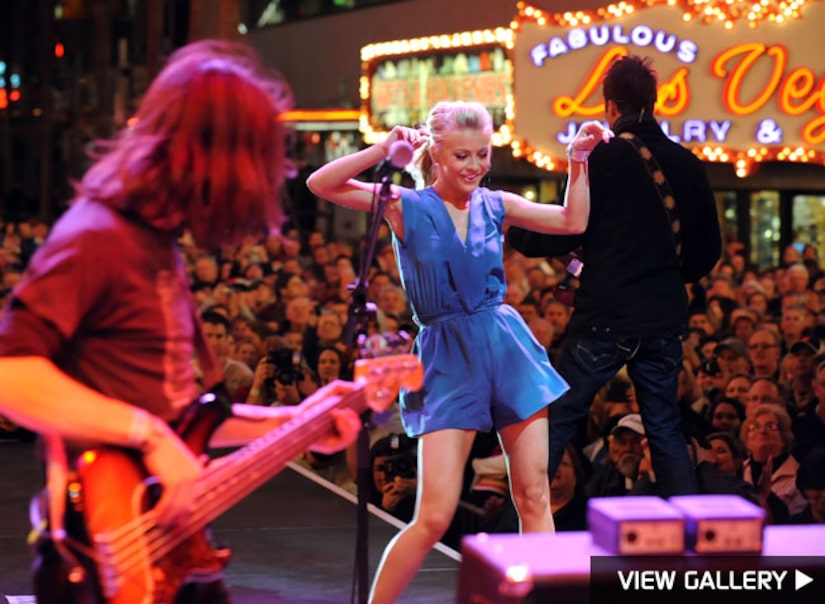