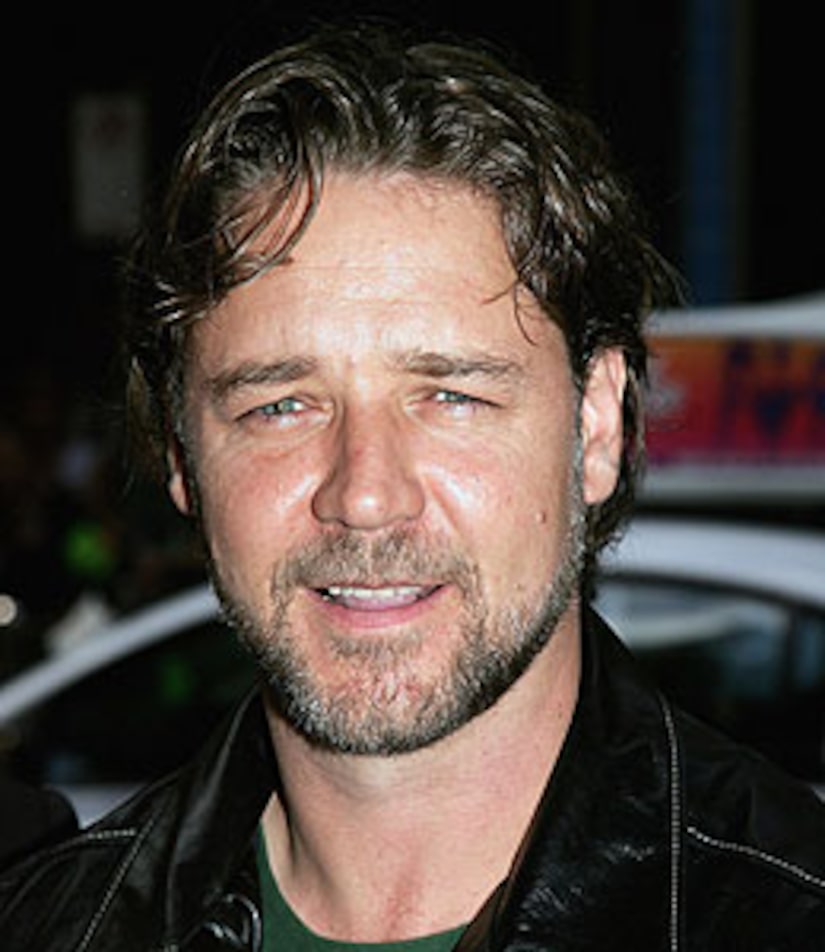 Crowe tells "Extra's" Mario Lopez, "Tights were invented some 400, 500 years after we're setting the story." He jokes, "It's not tights but I do have a pretty nice, snazzy pair of leather pants with a rather large cod piece."

The 44-year-old stud is excited to start filming. He says, "I think it's an incredible opportunity to take an iconic story and make a fabulous contemporary action adventure romance movie." Crowe continues, "We have an incredible cast around us... We'll try to rob from the rich and give to the poor and kick some ass on the way."

When asked about his wife and two sons, Crowe beamed, saying, "I'm away from them now since I'm working, but they'll be here in about four weeks and I'm just counting down the days." The actor says his children have "changed his life and he's a "much better person."

It's no secret Crowe has singing chops -- and he's ready to use them on the big screen. When asked if he would ever star in a musical, Crowe answered, "If the right thing came along. There is a film that I'm looking at next year based on a book from an Australian writer, which has a character within the book that plays in a band."

Before "Robin Hood," Crowe takes on the big screen next month in the crime drama "State of Play."