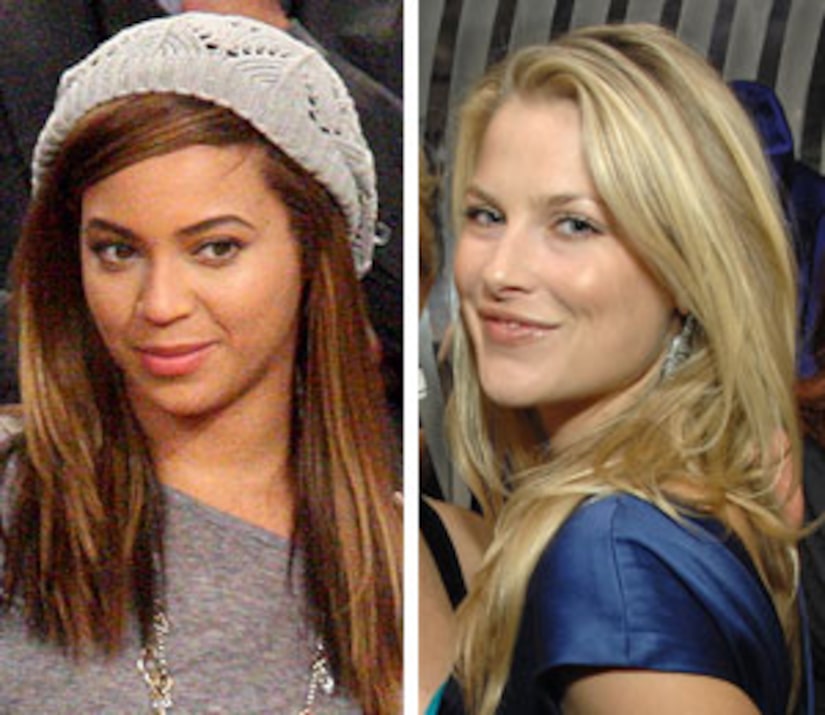 Catfight Alert! Ebony magazine covergirl Beyoncé Knowles is throwing down with "Hero" Ali Larter in their new film "Obsessed" -- and the singer confesses to "Extra" that she's no stranger to throwing punches!

"Extra" went behind the scenes of the sexy singer's photoshoot, where she admits that even hubby Jay-Z has seen her fighting side! "Jay knows I can fight like that," Beyoncé says. "I mean, we've never fought before, obviously, I'm a lover and a fighter."

B admits that she was involved in an elementary school brawl when she was a kid -- and she kicked booty! "When I was really young I had a little fight," she admits, "I think I won the fight yes, thank God I won!"

The singer stars as a woman whose husband becomes the object of another woman's (played by Larter) obsession -- and Beyoncé reveals that the fight scenes she and Ali filmed were intense! "I was absolutely throwing real punches -- and I've taken boxing classes."

She adds of Larter, "She was like, 'Okay, I thought you were always quiet and calm.' In between takes I was getting myself pumped up -- I was bruised up, I wanted more blood!"

Check out bloodthirsty B as she takes on Larter when "Obsessed" punches into theatres April 24.