Jennifer Aniston and John Mayer shared a romantic Hollywood evening at the Oscars on Sunday, but now it's back to work!

Jen hopped a flight to France to join "Marley and Me" co-star Owen Wilson in Paris to promote the flick's opening there. 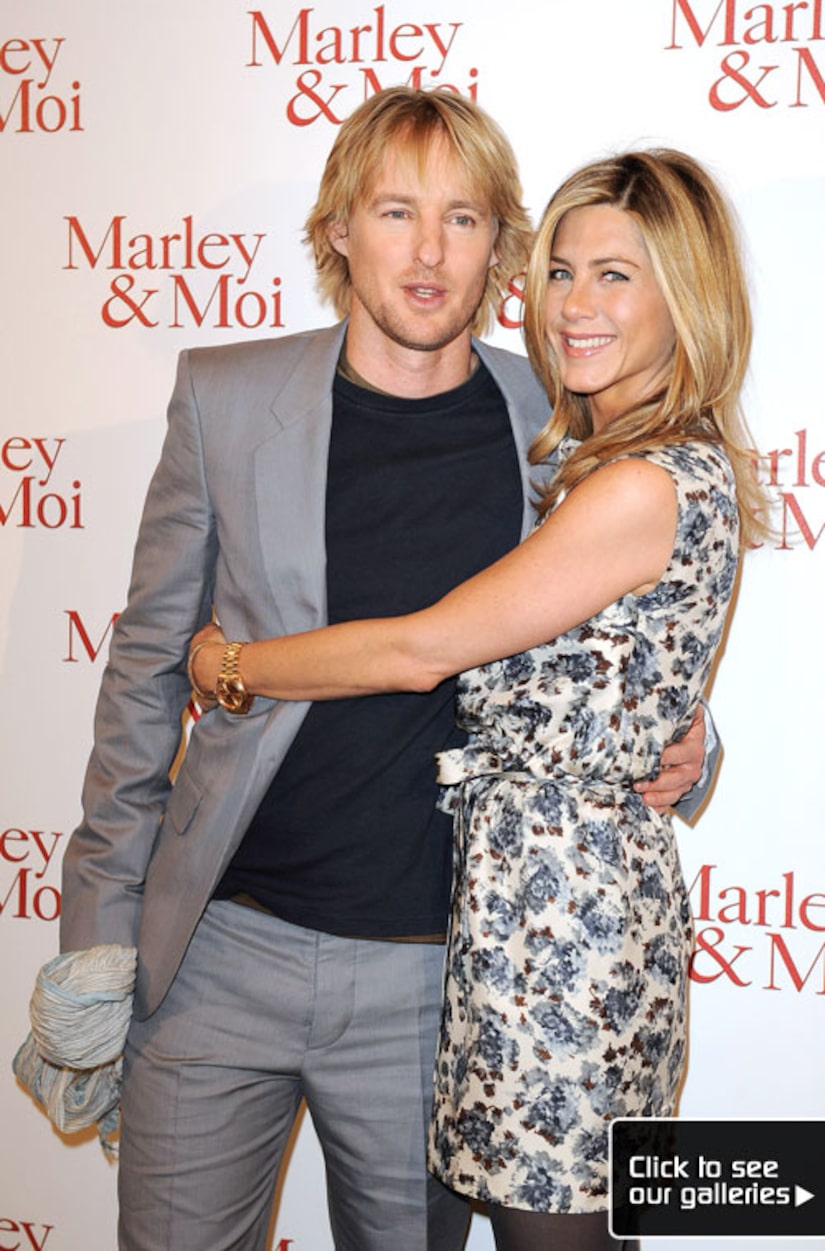 Yesterday, Johnny called in to Ryan Seacrest's L.A. radio morning show and revealed a few tidbits about his relationship with the former "Friends" star. During the couple's time apart, Mayer is working on material for his new album, tentatively titled "Battle Studies" -- due out later this year.