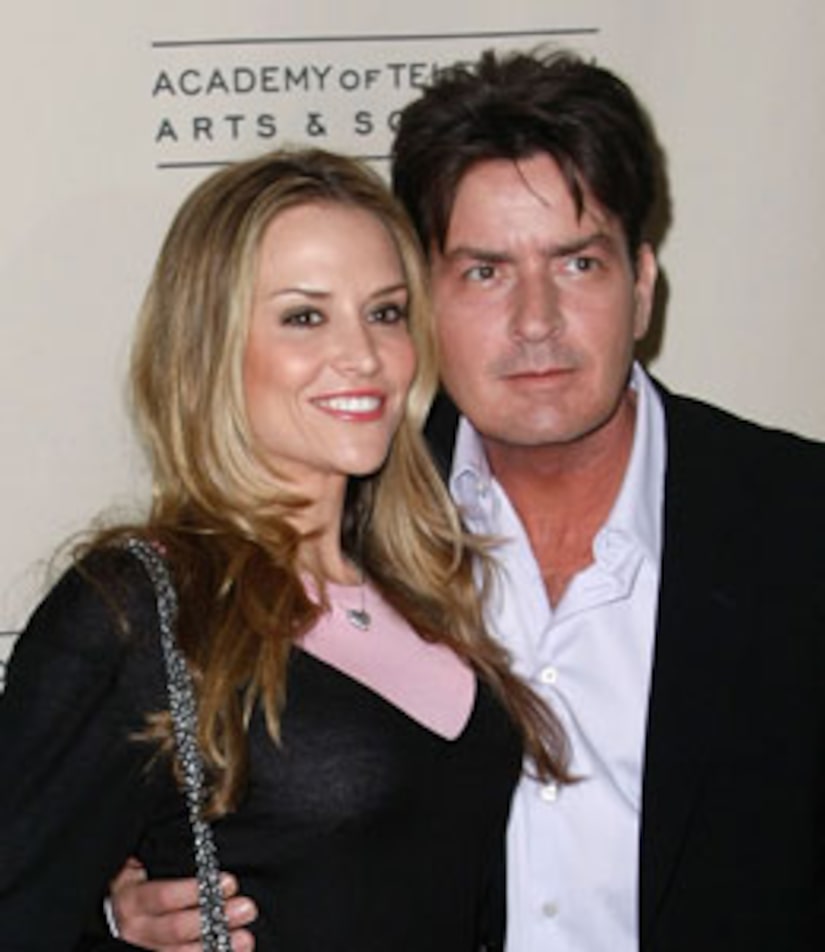 "Extra" caught up with Charlie Sheen and wife Brooke -- who are anxiously awaiting the arrival of their twin boys!

When an "Extra" fan asks if the couple plans to have more kids, Charlie says, "Yeah, I think we would. Give us a few years." Has the couple been thinking of monikers for their sons? Sheen reveals, "We got it narrowed down to like eight."