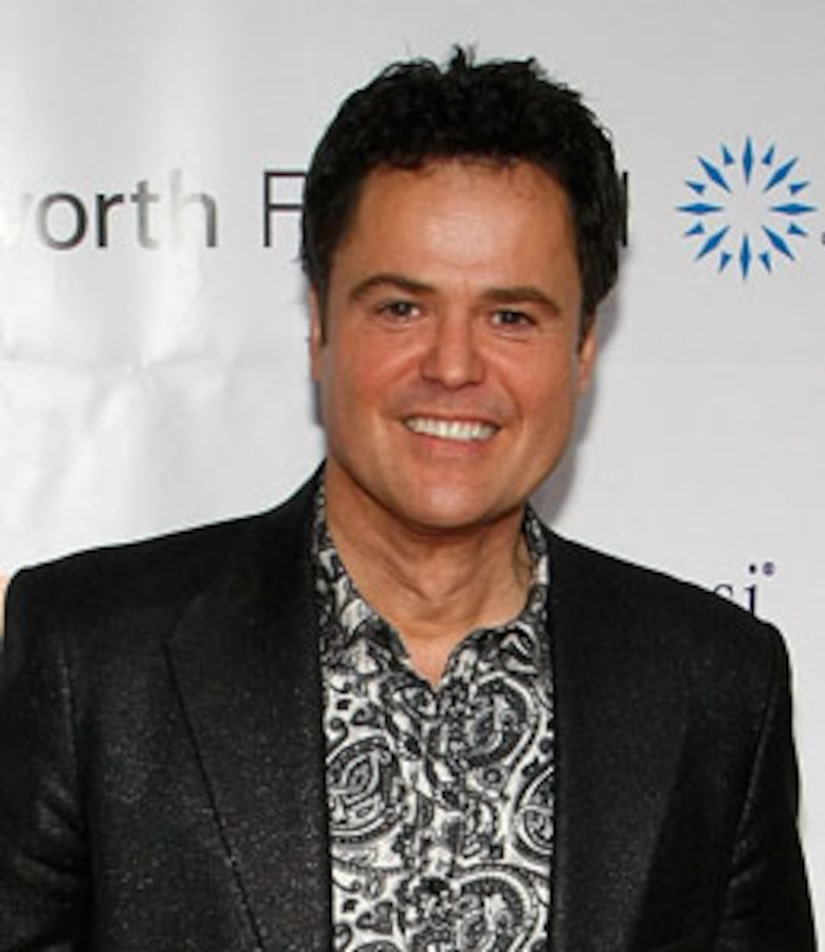 Did Donny Osmond let it slip that he would be a contestant on the upcoming season of "Dancing With the Stars"?

It's true! During a taping of "The Bonnie Hunt Show," the 51-year-old said, "I am seriously considering doing it, let's put it that way... I guess I just let the cat out of the bag."

Donny's younger sis Marie was a contestant during season five of the competition show. During week five, she memorably passed out cold following a samba dance.

Donny joked during his "Bonnie" appearance with Marie, "I can't let my sister upstage me. Besides, who do you think taught her how to dance?"

Marie "I just want to see him in stretchy pants," she joked.

Season eight of "Dancing with the Stars" kicks off this March. Donnie and Marie Osmond's interview on "The Bonnie Hunt Show" airs today.