Welcome to Washington, Malia and Sasha! The future First Daughters woke up bright and early this morning for their first day of school at D.C.'s prestigious Sidwell Friends School. 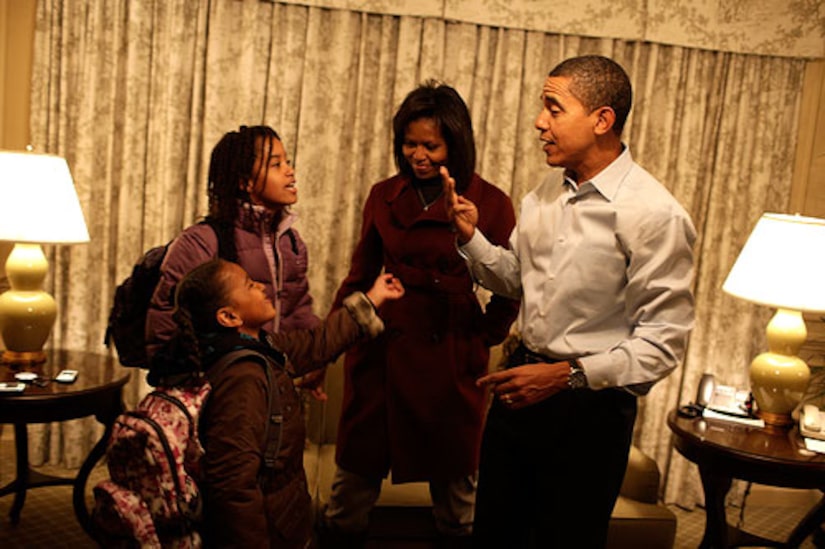 Tuition at the private school is about $29,000 per year, and they've educated some of the country's brightest students, with Chelsea Clinton among the famous alums of Sidwell. Mom Hillary, the nation's next Secretary of State, tells "Extra" she's been advising Michelle Obama. "We have talked a couple of times," said Hillary. "She asks all the right questions -- I know she's going to do a terrific job."

Barack, Michelle and the girls are currently staying in a suite at Washington's Hay-Adams Hotel, where this pic of the girls preparing to leave for school was snapped. Some say the famous hotel is haunted by the ghost of Henry Adams' wife!

On January 15, the Obama family will move to Blair House, the official guest quarters of the White House. After Barack's inauguration on the 20th, the family will then settle into 1600 Pennsylvania Avenue!