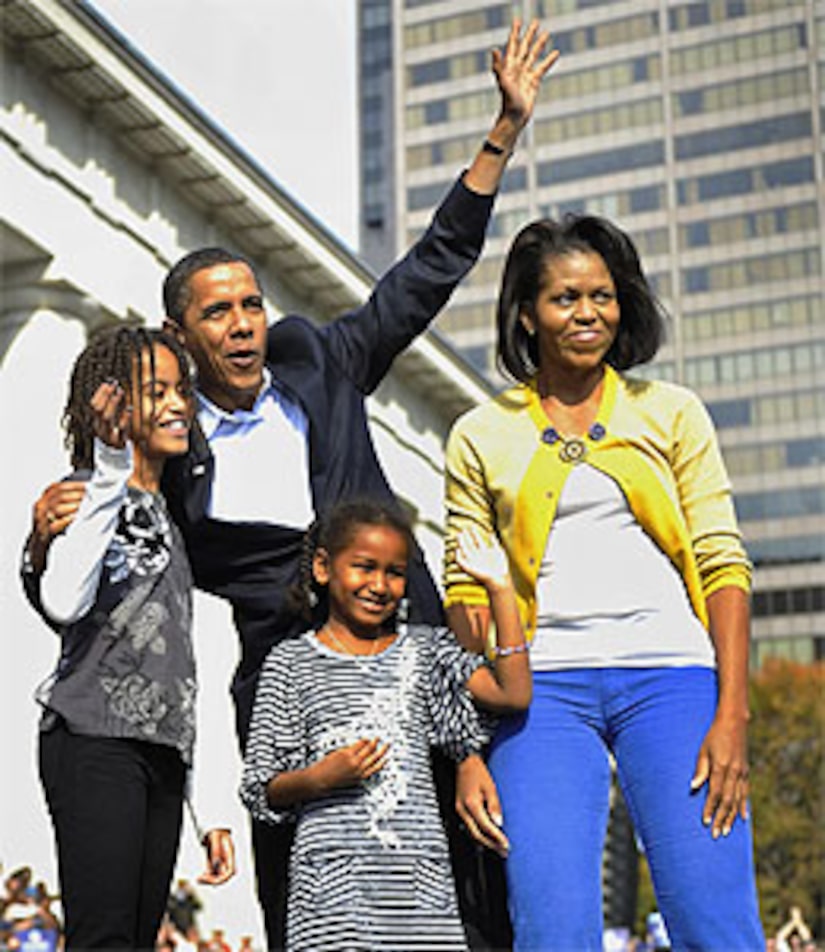 The future First family -- minus President-elect Barack Obama -- flew to Washington yesterday to settle into their new city.

Michelle Obama and daughters Malia and Sasha flew to the capital earlier than Barack, who's scheduled to leave today, so that the girls can prepare for their classes to begin at Sidwell Friends School, an aide to Obama dishes to the Washington Post. Former first daughter Chelsea Clinton is among the alumni from the prestigious school.

The Obama family is planning to stay at Washington's Hay-Adams Hotel leading up to the inauguration later this month.