Guy Ritchie's new film "Sherlock Holmes" stars Robert Downey Jr. as the famed detective -- and the actor channels Brad Pitt in "Fight Club" in this new still from the film! 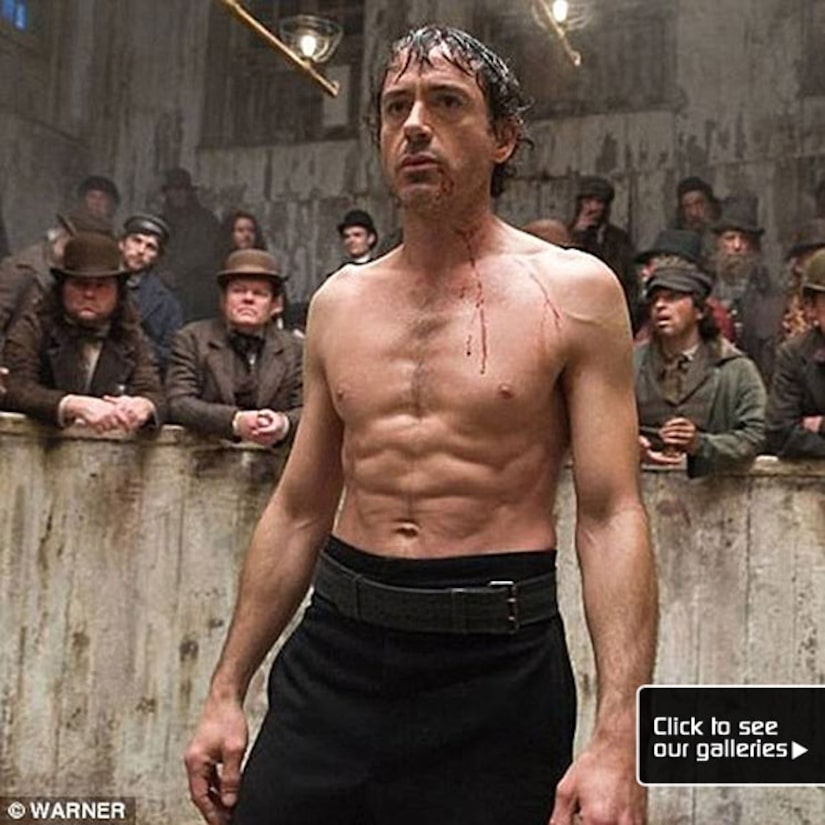 This half-naked, bloodied shot features Sherlock in a fighting pit. Look for "Sherlock Holmes" in theatres late next year.