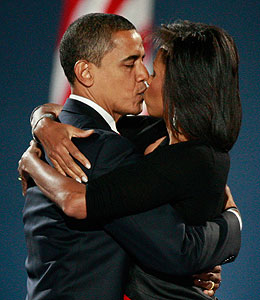 Did President-elect Barack Obama thank his wife Michelle for her support during the election -- by buying her an exotic ring worth $30K? Despite reports, there's not a ring of truth to it! Barack may shower Michelle with love, but his reps have denied this specific purchase for the future First Lady. Obama unveiled his foreign policy team yesterday. His inauguration is set for January 20, where Michelle won't be wearing a $30K ring.