"30 Rock" creator/star/writer/producer Tina Fey is bringing the funny to Vanity Fair with this stunning star-spangled cover -- and unheard confessions too! 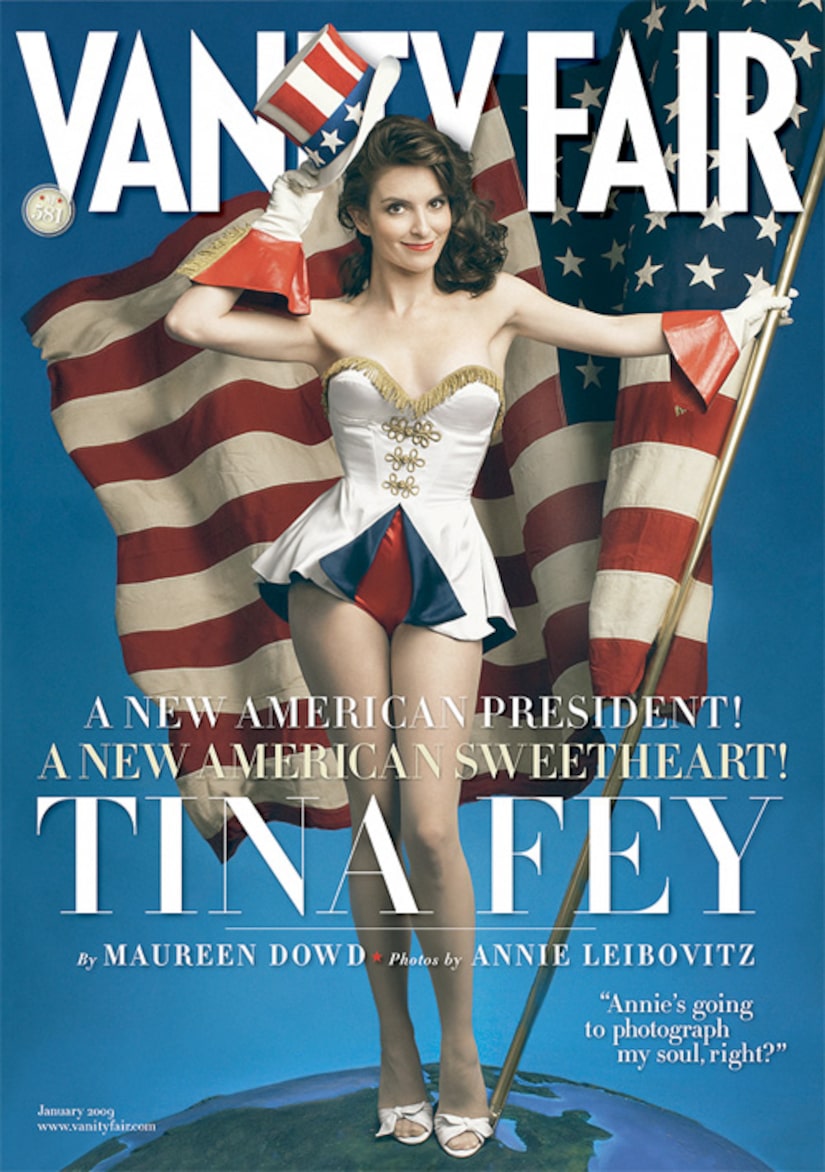 Tina reveals she immediately dieted after seeing herself as an extra on "Saturday Night Live." Fey says she weighed around 150, "...I was like, 'Ooogh.' I was starting to look unhealthy. I looked like a behemoth, a little bit." The future star says she joined Weight Watchers right away!

Fey also opened up for the first time about the mysterious scar on her left cheek. It was the result of an attack by a stranger when she was only five years old. Tina says, "I'm kinda able to forget about it. Until I was on camera, and it became a thing of, 'Oh, I guess we should use this side.'" Husband and composer Jeff Richmond was fascinated by the scar when he first met his future wife, he says, "This is somebody who, no matter what it was, has gone through something. And I think it really informs the way she thinks about her life. When you have that kind of thing happen to you, that makes you scared of certain things, that makes you frightened of different things, your comedy comes out in a different kind of way, and it also makes you feel for people."

The comedy queen also admits she is a bit of a goody two shoes! She stays away from drugs, she won't touch Botox and she remained a virgin well into her twenties. "I'm pretty tough on myself, but I also know my limits."

The Emmy award winner divulges bits about growing up outside of Philadelphia, and her now infamous impersonation of Gov. Sarah Palin.

For the full interview, pick up the January issue of Vanity Fair on stands this month.