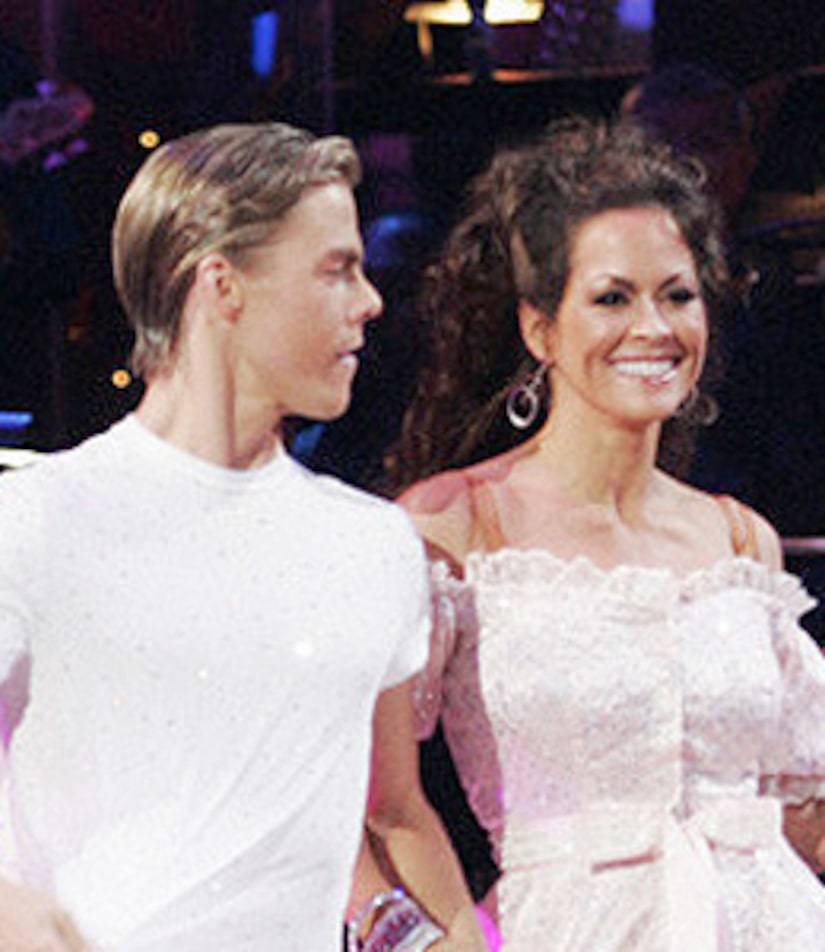 TV personality and model Brooke Burke was crowned season 7 champ last night on "Dancing with the Stars." The 37-year-old mother of four was announced the winner after the judges scores were combined with viewer votes.

Professional partner and first time winner Derek Hough was in shock, saying, "I actually can't believe it! I really can't, I honestly can't. The journey's been so long. It's been tough. It's been wonderful. It's been everything I could ever hope for. Wow. I can't believe we actually did it, girl!"

Some of the contestants will hop on a tour bus for a 38-city "Dancing with the Stars" tour. The show kicks off December 17 in San Diego.