Check out that screaming red headline on the DrudgeReport.com claiming Hillary Clinton is America's new secretary of state! The report comes from U.K. paper The Guardian, which says Hillary has accepted Barack Obama's offer. 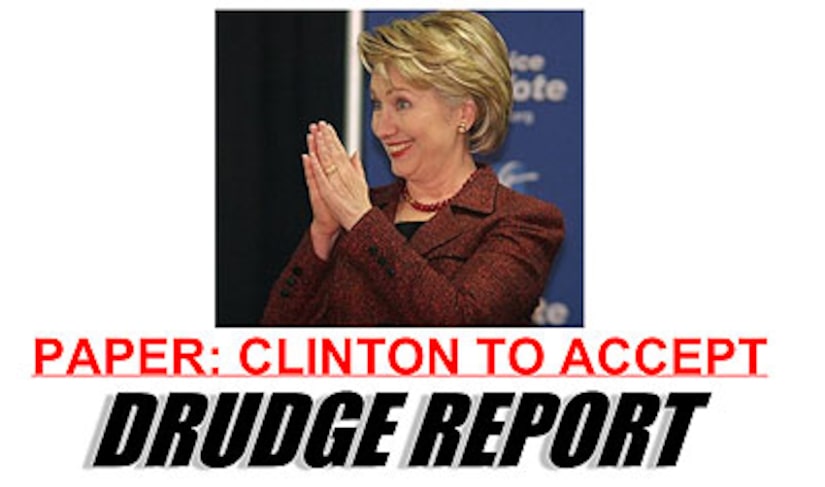 The New York Senator will replace Condoleezza Rice for the top spot.

While Hillary was being considered, reports surfaced that insiders were concerned about hubby Bill's international business dealings through his charitable Clinton Global Initiative. His donor list was reported to include names of international figures with policies that could conflict with the new administration.

The New York Times has reported the list includes members of the Saudi royal family, the king of Morocco, a fund connected to the United Arab Emirates and figures connected to human rights abuses (which Hillary has criticized).

Bill has reportedly raised more than $500 million for the foundation, portions of which finance his presidential library, AIDS relief in Africa and other charitable causes.