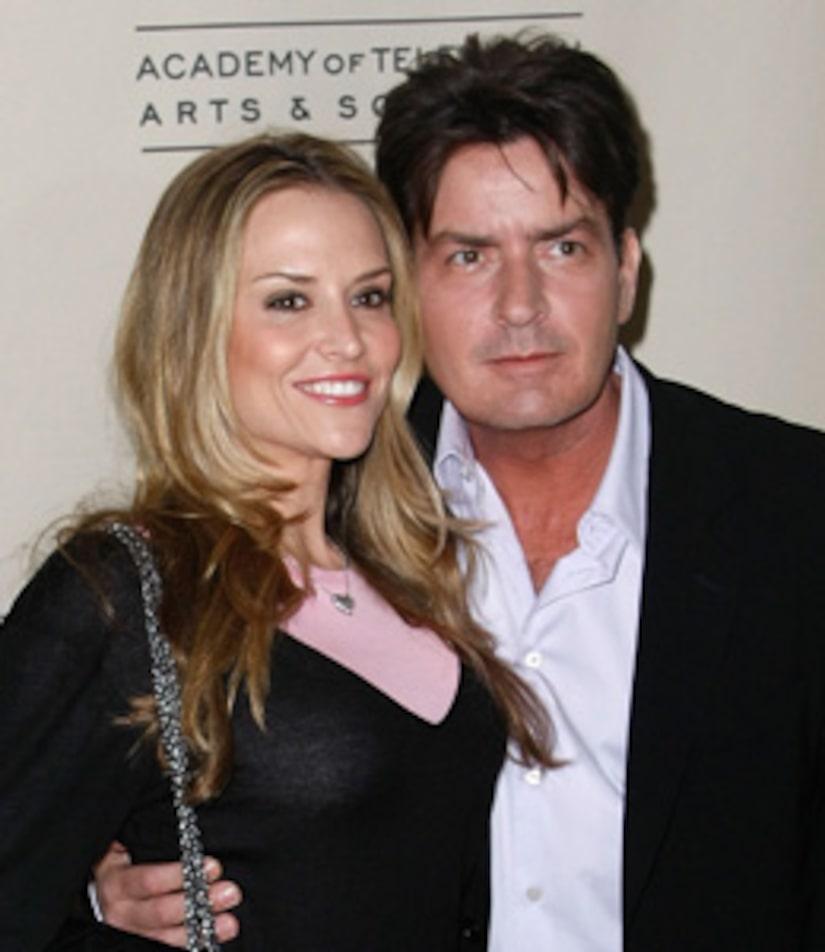 Sheen says there are no problems. "Don't believe everything you read. At some point, you have to laugh at it because it's that stupid... everything's fine. We're happy, in love. Looking forward to raising these children together. Couldn't be better." Charlie and Brooke are expecting twin boys this spring.

The "Two and a Half Men" star also leaked news about the hit sitcom. Charlie invited big brother Emilio Estevez to guest star on this show. Sheen says the sibling rivalry is long gone, "We got it out of the way when we were youngsters."

Sheen was recently nominated for a People's Choice Awards Favorite Male TV Star. "Two and a Half Men" also picked up a nomination for favorite TV Comedy.