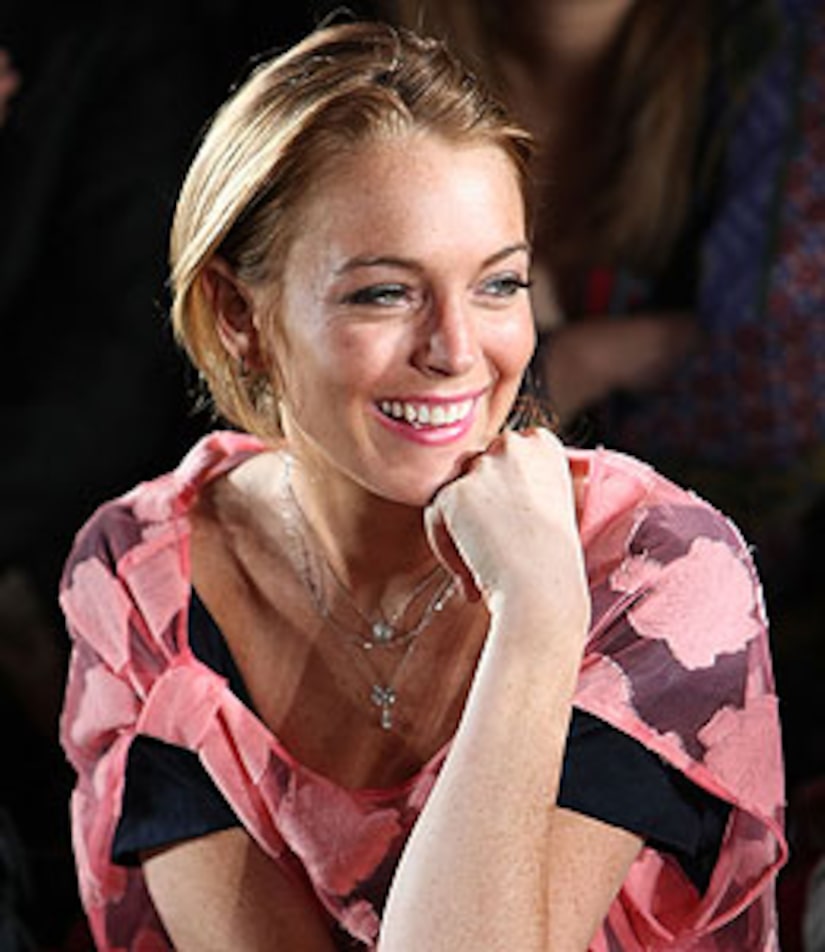 Lindsay Lohan has gone from a hard-partying It girl in the fast lane to self-confessed couch potato -- and she's grateful for how she's wised up.

"I've learned my lesson at an early age and I am very thankful for that," Lindsay confesses to "Extra." The rehabbed starlet says that her reign as a club queen is over -- and prefers being homebody with gal pal Samantha Ronson. "I watch a lot of TV," said Lindsay, "More than I've ever watched because I don't go out every night."

Lohan glowed on the red carpet at the launch of her new line of leggings in New York. When asked for the secret to her beautiful look, LiLo laughed and said, "I think it's a lot of sleep that helps -- that's the big difference. It was hard when I was out every night."

The "Mean Girl" continues, "There's nothing that I really have to go out anymore for. I'm out with Samantha when she's deejaying and I'm supporting her."

Lindsay burst into the spotlight with her silver screen roles, but she says she's not through with her singing career. While she admits to "Extra" that she doesn't have a date set for the release of her next album, she doesn't rule out teaming with little sister Ali in the studio. "Possibly," Lohan answered, when asked about it. "She has a beautiful voice. I'm a big fan of my sister -- she's beautiful and I love her."

The actress has appeared regularly on the ABC hit series "Ugly Betty" -- but is she considering her own TV show? Click here to find out!