Hugh Hefner's girlfriend (one of them) of seven years, Holly Madison, came only to "Extra" to talk about her split with the Playboy mogul -- and answer rumors she's dating magician Criss Angel! 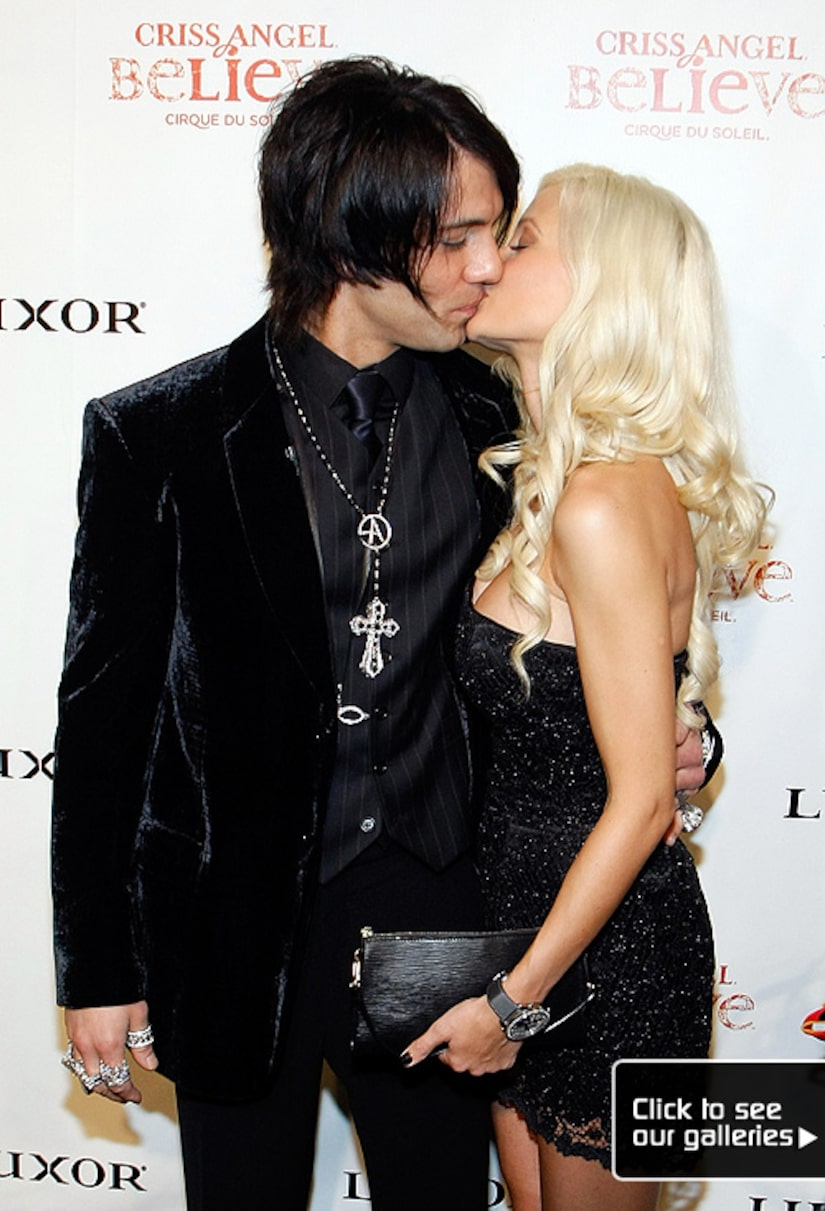 "I'm just kind of sad about my breakup with Hef," Holly admits. "I wish he would have seen it coming. Everybody was surprised when it happened because even though I was unhappy for a long time, the split happened suddenly... The signs were there. I was depressed for awhile."

So why did Holly and Hef split after seven years? "I want to be with somebody I can have more of a future with eventually," the "Girl Next Door" reveals. "Hef and I can't get married and have kids... so it was fun while it lasted but it wasn't right for my old age. I got too old for Hef."

Even though their relationship is on the outs, Madison told "Extra" that she's still living at the mansion! "I've been staying in the guest room -- Hef was kind enough not to kick me out of the house," said Holly, "but my condo should be ready soon."

Holly and Hef don't have a romantic future together, but where does that leave the two in terms of their business relationship? "I still work for him," said Madison. "We're still best friends. I still call and check in on him almost every day."

Holly waltzed around Sin City hand-in-hand with rumored beau Criss Angel. When "Extra" asked the couple if they were dating, Criss exclaimed, "You want the exclusive? We're good friends and we love spending time with each other." He added, "Friends with benefits, yeah!"