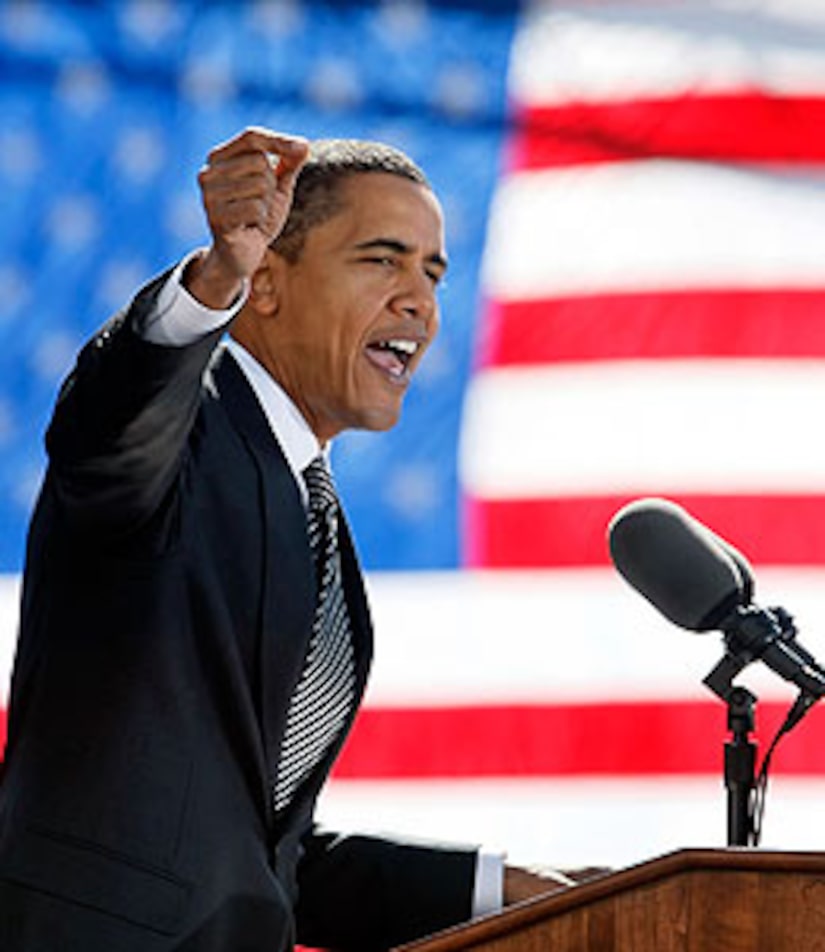 With the election less than a week away, "Extra" host Mario Lopez sat down with presidential candidate Barack Obama -- who talked about his workout, why the Latino community should vote for him, and about his late mother.

The Illinois senator works long hours on the campaign trail, but makes time for a fitness routine to relax. "Now, I'm not in Mario Lopez shape, but it's really good just to work out stress, to make sure you get in the gym everyday," Obama revealed. "I try to do it early so I usually get up about 6. Get my workout in. That way whatever else happens during the day, I've started the morning well."

The vote of the Latino community is suggested as a deciding factor in the upcoming election, and when Lopez asked Obama why Latinos should vote for him, Barack said, "The Latino community I think is an inspirational community. It doesn't want things for free, it works hard ... and I just want to make sure that hard work is rewarded and that's not what's happening right now. We need change."

Barack's mother died of cancer in 1995, and the senator has no doubt that she would praise his accomplishments if she were alive today. "She would be obviously very proud. But I think the main thing she would say is, 'Don't let it go to your head.'"

Michelle Obama recently revealed to Food Network star Paula Deen that she calls Barack "Pumpsky." When asked the meaning of the pet name, Obama confessed, "She just makes it up... I think it sort of went from pumpkin to Pumpski... She's got all kinds of names. She calls our two kids 'the Peas' -- which I think initially was two peas in a pod."

Obama declared himself a better dancer than his GOP opponent, John McCain, on "Ellen" -- but admits to "Extra" that he doesn't know about McCain's skills on the dance floor. "I have not actually seen Senator McCain dance, so who knows? He might be terrific." As for his signature dance move, Barack revealed, "I'm old school, so just basic two-step. You don't break a sweat too much. You don't want the ladies thinking you're trying too hard out there."