First Lady hopeful Michelle Obama looked like a million bucks on the "Tonight Show" with Leno last night -- where the conversation centered on her wardrobe! 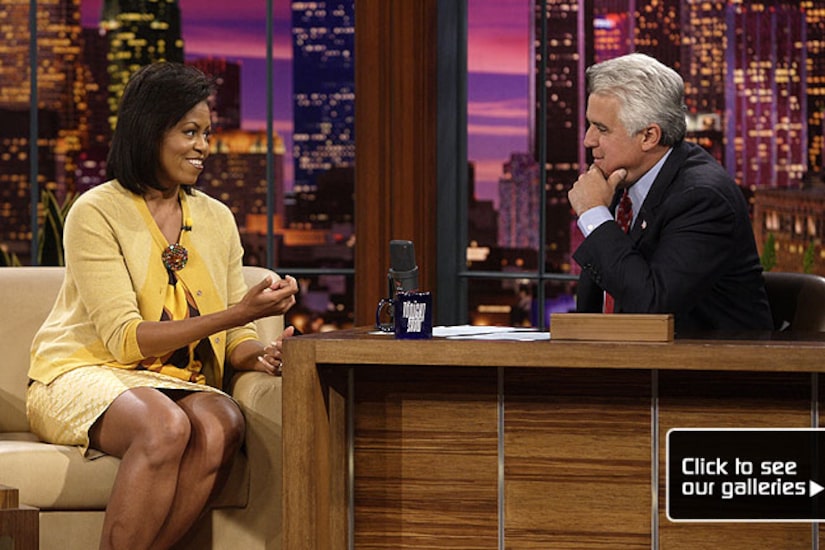 The late-night funnyman poked fun at the GOP clothes woes, telling Michelle, "I want to ask you about your wardrobe -- I'm guessing about sixty grand?"

Mrs. Obama told Leno that her outfit was from J.Crew -- and then, in a classy move, she defended Governor Palin against the flak she's received for her pricey threads after being named the GOP VP nominee. "It's like being shot out of a cannon... and all of a sudden you're at the center of attention and you want to look good." She added that she turns to the net to score deals on clothing, saying, "You can find some good stuff online."