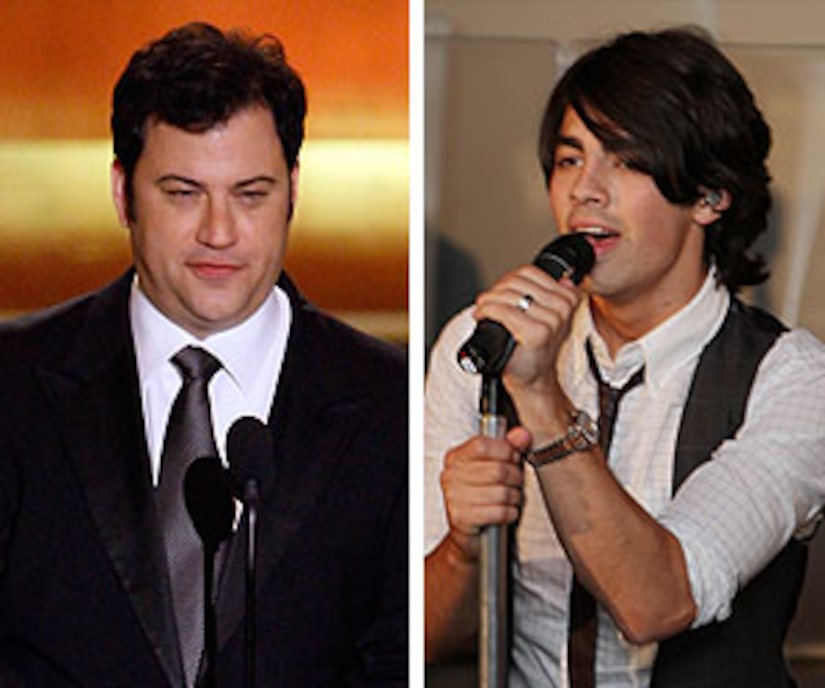 Jimmy Kimmel will return to the American Music Awards stage -- hosting the show for the fifth time.

"Leavin'" singer Jesse McCartney will announce the 2008 nominations from the Beverly Hills Hotel Sunset Ballroom on Tuesday, October 14 at 9:30 AM, when nominees for all 20 awards will be announced.

Pink and the Jonas Brothers have already been slated as two of the show's performers, with more names to be revealed in the coming weeks.