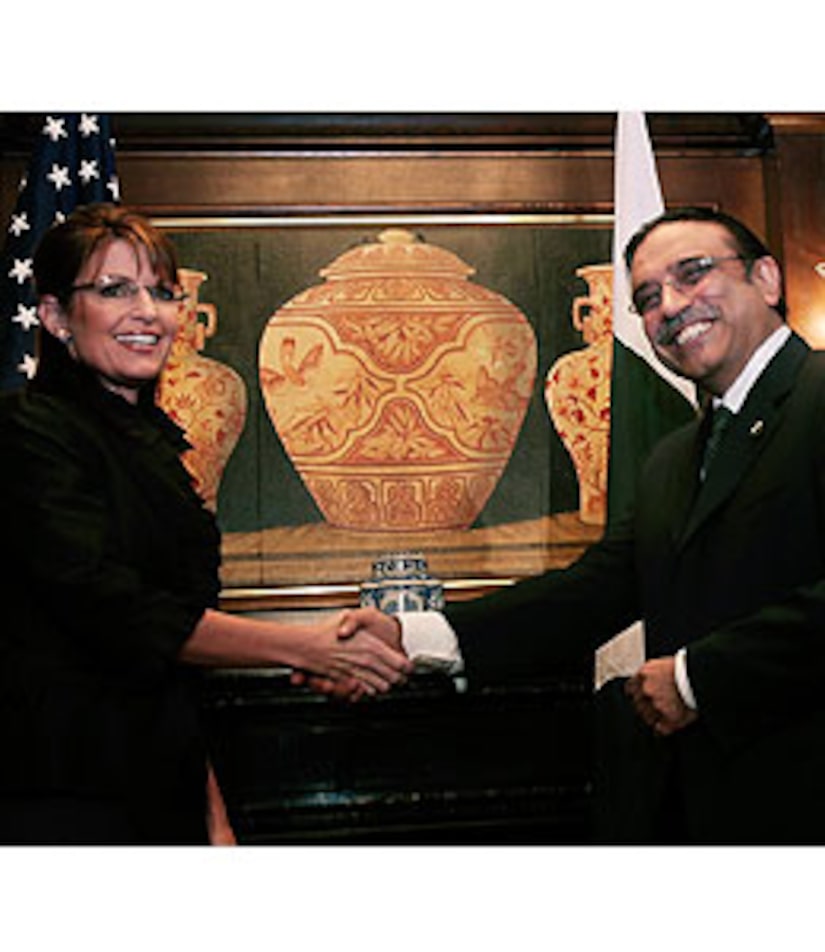 Did Pakistani President Asif Ali Zardari put the moves on Sarah Palin?! L.A. Times reports Zardari is quite the flirt.

During the U.N. General Assembly's annual gathering, Gov. Sarah Palin met Pakistan's president for the first time at the InterContinental Hotel in New York. Zardari told her she was "even more gorgeous" than he imagined. The 53-year-old widower didn't stop there, saying, "Now I know why the whole of America is crazy about you." Palin was very honored by the compliments, smiled and said, "You are so nice. Thank you"

President Zardari was more reserved when it came to being photographed with Palin. The two shook hands and smiled for cameras.

While Sarah mingled with world leaders, reports surfaced about Sen. McCain spending thousands of dollars on a makeup artist to touch him up for his TV appearance. Not just any makeup artist -- McCain reportedly uses a makeup artist from "American Idol!" Looking good in HD is no easy task!