"American Idol" alum Clay Aiken has finally come out of the closet -- the reaction of millions of Claymates around the globe remains to be seen. The announcement appears on the cover of this week's People magazine. 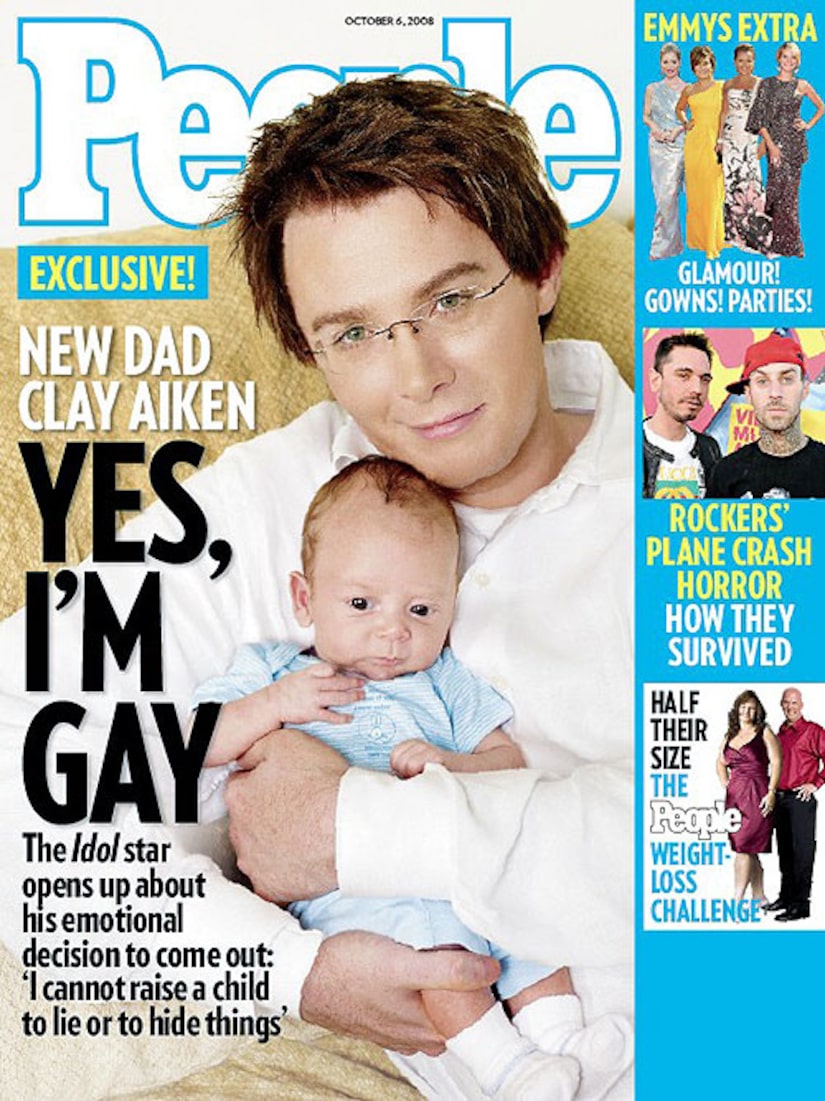 The singer's intimate admission comes right after the birth of his first son -- Parker Foster Aiken -- born via in vitro fertilization with his best friend, producer Jaymes Foster. "It was the first decision I made as a father," Aiken revealed to People, "I cannot raise a child to lie or hide things."

The 29-year-old Broadway star also acknowledged that coming out may overwhelm some of his fans. "Whether it be having a child out of wedlock, or whether it be simply being a homosexual, it's going to be a lot," he states, adding that he hopes his fans "know that I've never intended to lie to anybody at all. ... But if they leave, I don't want them to leave hating me."

Clay intends to raise Parker with Jaymes -- and said that his son will be raised in a home that is "accepting and allowing him to be happy." He adds, "No matter what the situation you're in, if you're raised in a loving environment, that's the most important thing."