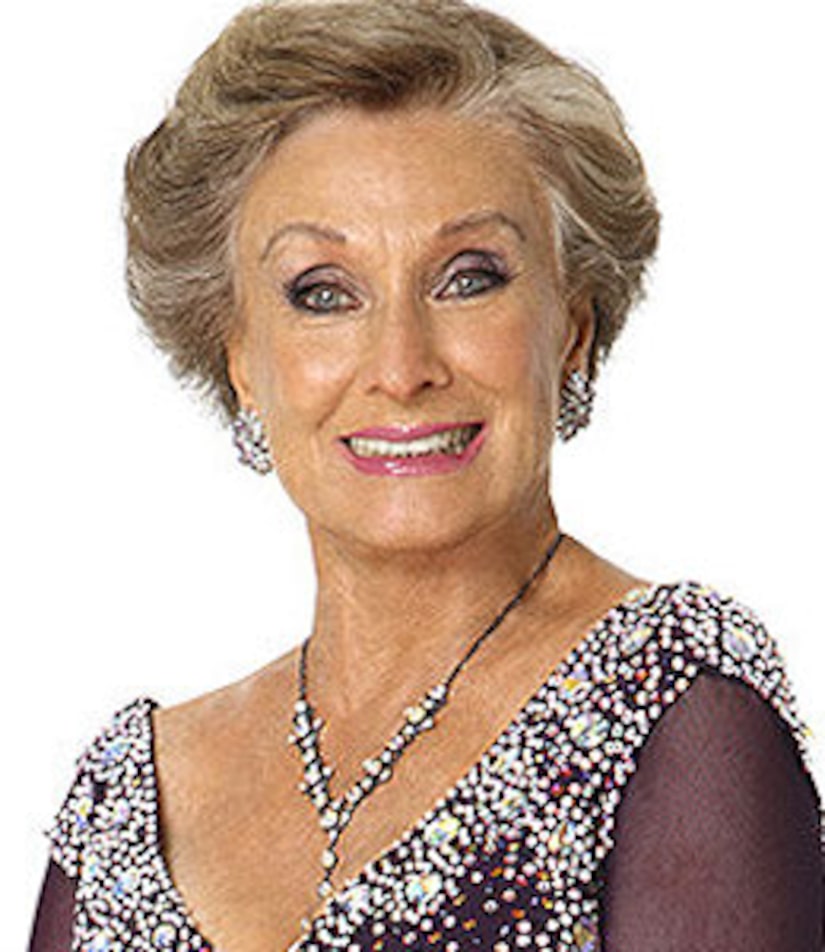 The judges and dancers alike came to the season 7 premiere of "Dancing with the Stars" blazing -- and no one held anything back! Oscar winner Cloris Leachman worked the floor -- and the judges -- while others stomped their ways to frontrunner positions, and two dancers performed with injuries.

Despite ending the night with a low score of 16, Leachman danced a fine foxtrot with partner Corky Ballas, garnering a standing ovation, then followed it with hilarious shtick at the judge's desk, that got her leg kissed by Bruno Tonioli, and then flaunted her cleavage for Len Goodman -- who asked if he could be her "toy boy," and then sitting on the lap of judge Carrie Ann Inaba. "What are you going to do?" Cloris joked with "Extra" after the show.

The sassy actress may need to get a leg up on her competition, particularly frontrunner Brooke Burke, who nailed the top score of 23 -- and wowed the audience with her tight body! "Extra's" Tanika Ray joked, "That stomach is ridiculous, people -- that alone should get her a billion votes!"

Jeffrey Ross brought the laughs, despite having suffered a scratched cornea in rehearsal when partner Edyta Sliwinska accidentally stuck her fingernail in his eye. They scored a 12, prompting judge Tom Bergeron to declare, "I forgot we had a 4." Rocco DiSpirito's partner, Karina Smirnoff, was almost unable to perform as well. "She's out there on a sprained ankle," he said.

Who is in -- and who will be asked to take off their dancing shoes? Find out on "Dancing with the Stars" tomorrow night on ABC!