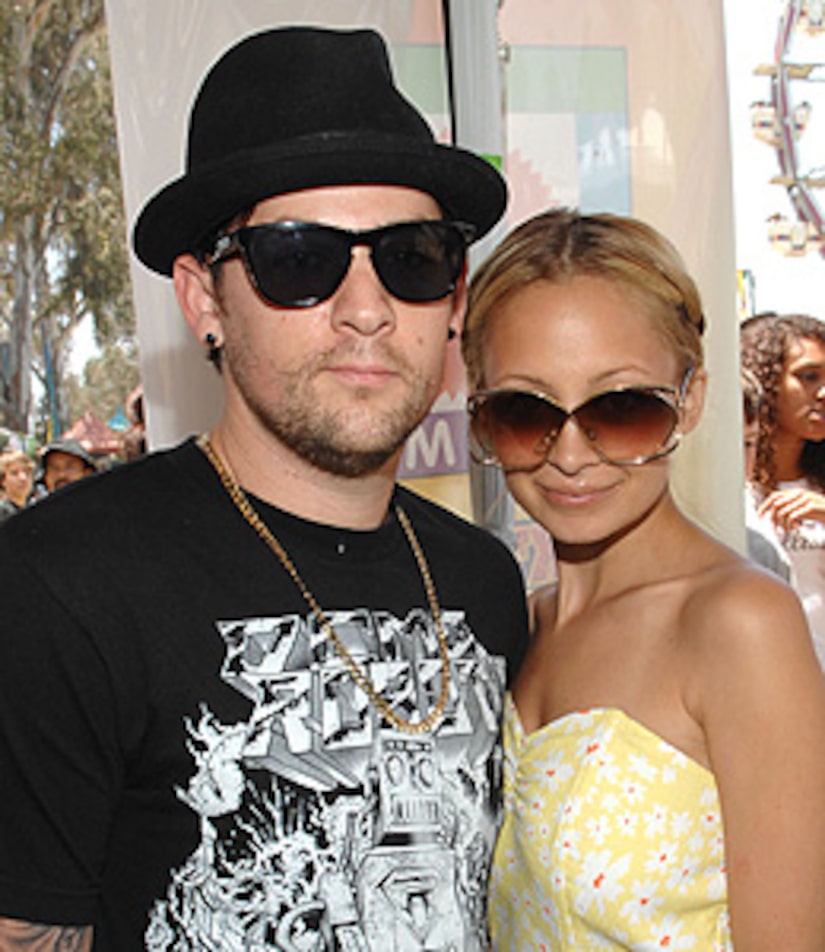 Hollywood couple Nicole Richie and Joel Madden have their hands full raising 8-month-old daughter Harlow -- and their tiny muse has inspired them to give back to less fortunate parents.

Nicole and Joel announced an unprecedented way to raise money for their charity, the Richie-Madden Foundation -- through texting! By texting the world "child" to 90999, $5 will automatically be added to the donor's phone bill and sent to the foundation, which "is dedicated to bringing meaningful opportunities to children in the U.S. and abroad, while also striving to bring light and laughter into their lives through unique entertainment and special events." The Richie-Madden Children's Foundation is collaborating with MySpace to encourage users to raise funds for kids in need.

In honor of its 25th anniversary, Marble Slab Creamery will sponsor the campaign's launch with an ice cream social for Beyond Shelter families and the media, and with a kickoff donation of $25,000!

"I think being parents -- it opens your eyes," says Madden. "Every child I look at, it reminds me of my child -- it makes me want to take care of every kid."

Both parents admit that Harlow may be growing up too fast for them! "She is pulling herself up standing," gushes Nicole. "We don't have to burp her anymore." Adds Madden, "She says 'Mama' and 'Dada' ... when we walk into a place, she waves to everyone."

Can this socialite-in-training expect a sibling sometime soon? "We're just enjoying every day." Nicole shares, "and if it happens, it happens."