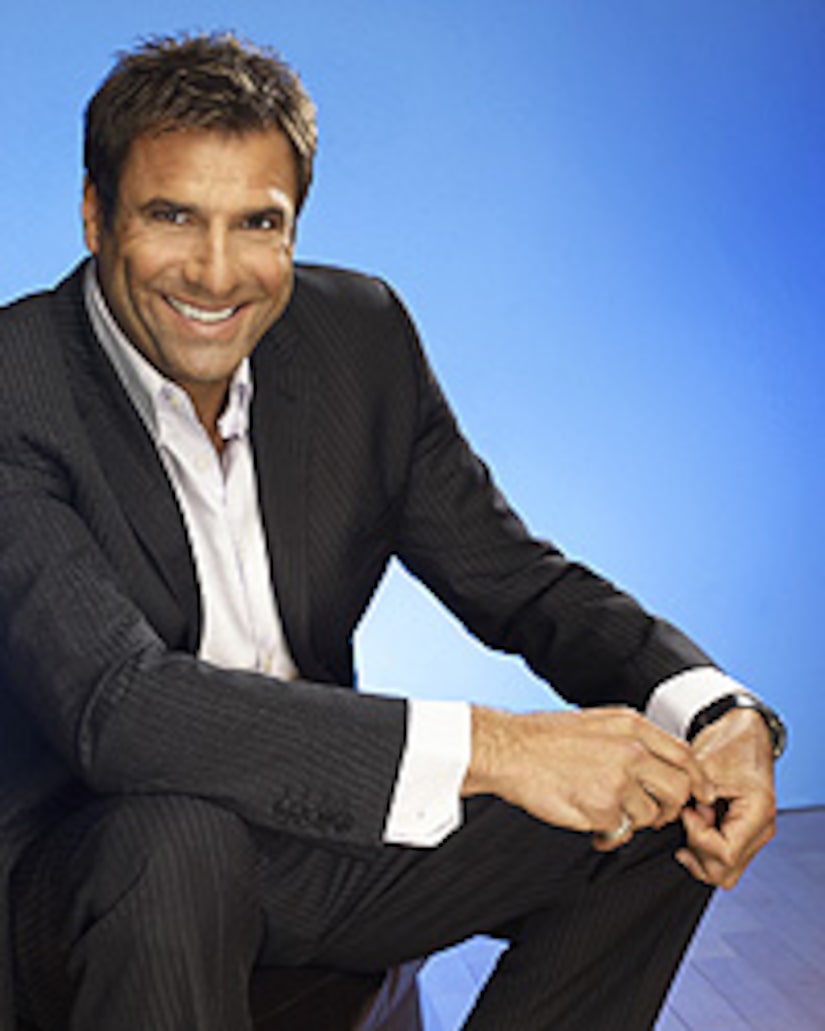 What I love about this film festival, is that it truly is a film-lover's festival. The fans... throngs of them... come out to the premieres to catch a glimpse of Brad Pitt (sans Angelina, who's home in France with the kids), Queen Latifah, Guy Ritchie (sans Madonna, who's on tour in Europe). Even I get a little love from the fans because "Extra" is apparently on in prime time here in Canada, and is well-received. Thanks, guys!!

But, I'm here to tell you about the "Burn after Reading" premiere -- the hilarious, quirky new Coen brother's film starring the Kool Kids: Clooney, Pitt, along with Frances McDormand, Tilda Swinton, and John Malkovich. Clooney was a no-show at the premiere, but Pitt made up for it... ah, the fans swooned, and the press did its best to grab a moment with the "Man of the Moment".

After spending a deserving heap of time with the fans across the street from the red carpet, fans who waited patiently in the rain for hours to see him, snap a picture, maybe shake his hand, Brad breezed onto the red carpet and kept walking past hordes of Canadian reporters who managed to yell out a question, to which Brad affably threw them a bone en masse.

Prior to his arrival, I had warned some of the reporters and crews who have never interviewed him, that he can be tough, and might just want to run the red carpet instead of walk it. As opposed to a Clooney or Cruise, who will take the time to talk and spend several minutes with each person, one-on-one, Brad is a little more press-shy (and with good reason, considering all those FALSE stories out there about them).

I wasn't going to let him breeze by me. I grabbed his hand so hard and kept it in a locked handshake, until I had a few moments one-on-one with him. And he didn't disappoint... I asked him how different it was playing 'funny' - which he IS in this film - he really channelled his inner knucklehead for "Burn after Reading." He told me how easy it was, because it was all "playtime" for the actors. Then I had to clear the air about that rumor that's been circulating that George Clooney is the godfather of Brad and Angie's twins, to which Brad burst into laughter saying "are you kidding me? He HATES kids..." and with that he was off!

Yesterday, another lady-killer, Gerard Butler, sat down with me one-on-one for his new movie, the Guy Ritchie extravaganza "RocknRolla" -- hip, fun, and I think Guy's best work ever, to be quite honest. He thinks so too. He also told me he and Madonna share the kids when they are both traveling and working (right now, she's on tour and he's promoting this film). Back to Gerard. I'm Gerard, too, and we had a moment about that, because, frankly, there aren't that many Gerards in the world. Butler, though, prefers Gerry and I am, of course, Jerry, which Gerry thinks is weird, but so be it...I have to tell you the funniest story to come out of our interview also involved Guy's wife, Madonna. Gerard was telling me how sick he was on-set during the filming, and Madonna was so concerned, she brought a B-12 shot, and actually gave him the shot in his Butler butt! He was tickled by the gesture, and thought it was sweet she wanted to do it herself. When I asked if he felt better afterward, he laughed, and said, sadly he felt worse!

Oh, one other thing: on the Air Canada flight from LA to Toronto... star sightings: Michael Cera, the kid from "Juno" -- sitting right behind me -- and next to me? Scott Thompson from "Kids in the Hall" -- remember that sketch comedy troupe? Well, they're reuniting after years of seperation, and Scott says they're coming back stronger and funnier than ever. I'm so excited, because I always thought they were so randomly inappropriately funny... and Scott? He bounces off the walls just like he did on TV, in real life... great guy, though. Michael is just the nicest, most down-to-earth young actor. They made the long flight much more pleasurable.

More from Toronto, later. Keira Knightley, Queen Latifah, Alicia Keyes, Jennifer Hudson, oh, and another Jennifer -- Aniston -- all coming up in the next couple of days. I'll keep you posted.