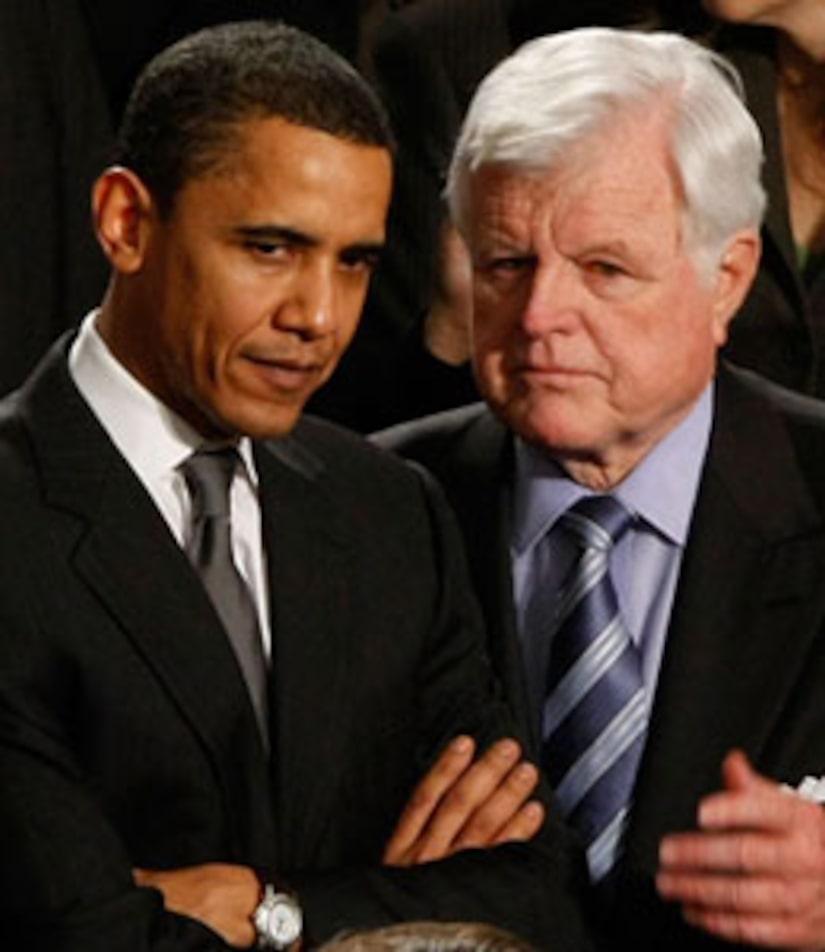 Michelle Obama's glowing and intimate endorsement of her husband brought the Democratic National Convention to tears -- and moments before her speech, she shared a heartfelt moment with her girls.

"Who's going to come give me a hug and say, 'Oh mommy -- good job?'" Michelle asked daughters Sasha, 7, and Malia, 10, before giving a speech in which she praised her husband's values and said that Barack had been unchanged by politics. During Michelle's exchange with the Illinois senator -- who spoke via satellite -- the couple's youngest tot Sasha blurted, "I love you, Daddy," -- stealing the spotlight from her well-known father.

VP pick Joe Biden was in the crowd, and People magazine reveals that Barack had to track down Biden to tell him the good news of his selection -- and Obama found him at the dentist! Turns out, Mrs. Biden was getting a root canal.