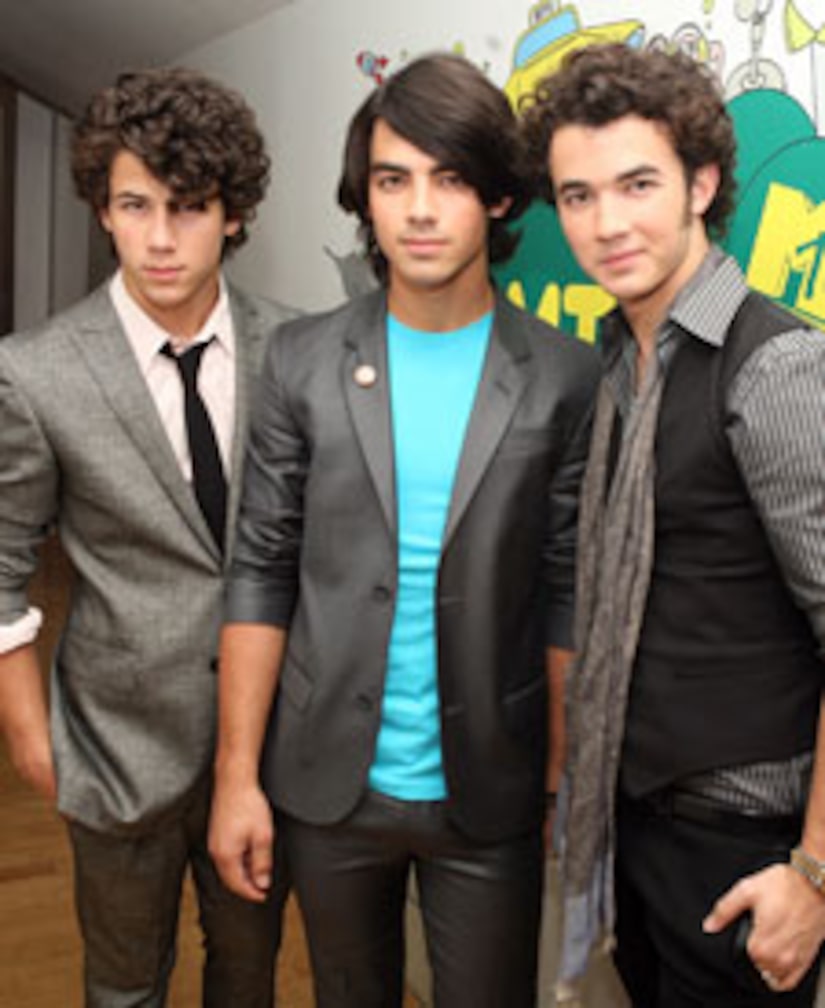 Heartthrob boy band the Jonas Brothers are dishing about what they like in a girl -- and what qualities count as relationship deal-breakers!

"If they are nagging and annoying, you're like, 'Go away,'" Joe, 18, told the audience on MTV's "TRL," as reported by People magazine. Brother Kevin adds, "We're not ever really with people, 'cause we're always traveling."

Nick, 15 -- former flame of Miley Cyrus and rumored current beau of Disney star Selena Gomez -- emphasizes the importance of family in a girl's life. "They have to be good to their moms," shares the "Burnin' Up" singer.

The crooning sibs are currently on tour and filming for their upcoming TV series, "J.O.N.A.S!"