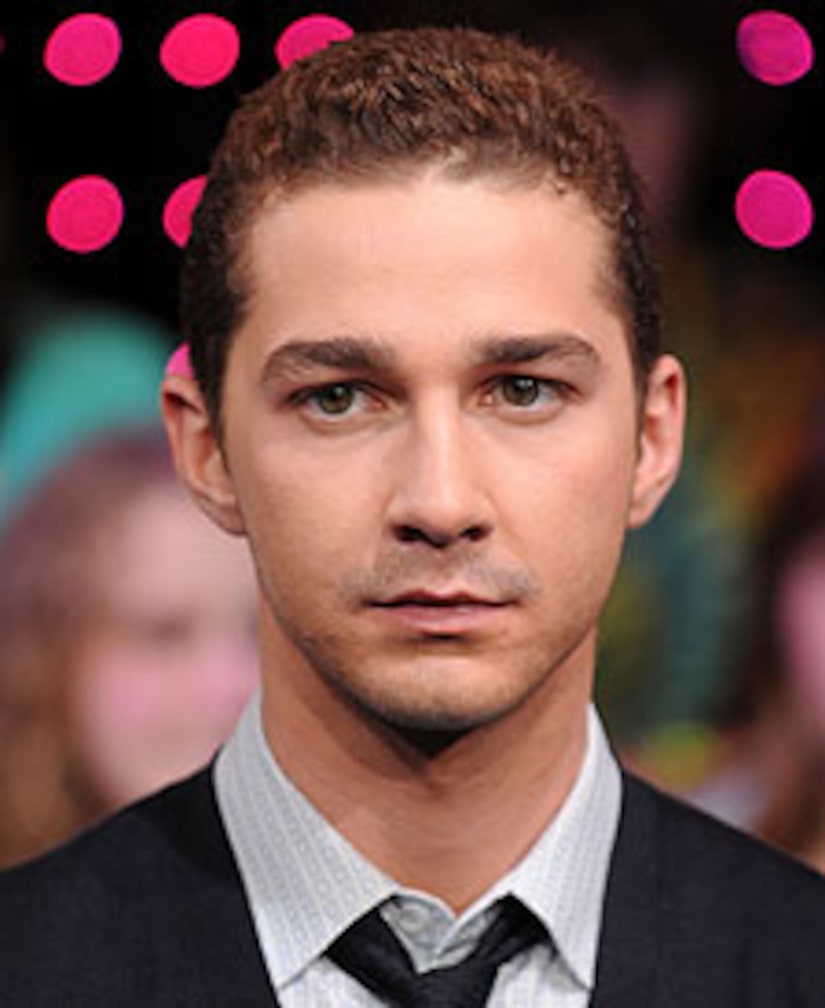 Shia LaBeouf was popped for a DUI this weekend after a major car wreck -- in which his truck flipped while his passenger rode shotgun. Now, shocking revelations about the "Indiana Jones" star are casting a new light on his arrest.

"I don't know how to have one drink," Shia dishes in the September issue of Details magazine. The actor also opened up about drinking and smoking with his father -- a former heroin addict he's talked about with "Extra" in the past. "There's something about seeing your dad go through drug addiction when you're really young," LaBeouf revealed. "I'm happy with my life -- and I don't want to throw that away for a minute thing." He also recently told Arena magazine that he attended AA meetings as a kid.

"To say I've never had a drink would be crazy -- but at the same time I'm not addicted to it," added Shia. "I'm addicted to my career." The rising Hollywood star's accident has halted the shooting of "Transformers 2" for a month -- as he recuperates from a hand injury he sustained in the crash.