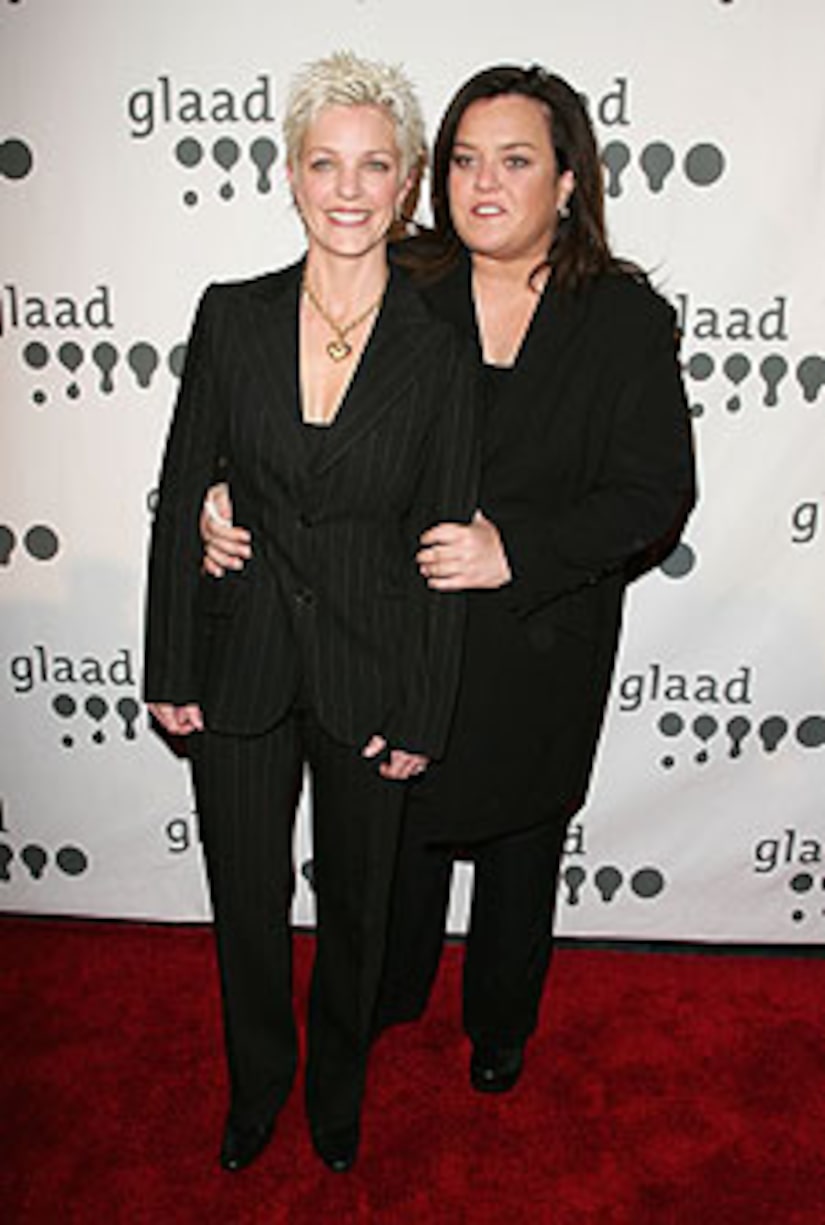 Controversial former talk queen Rosie O'Donnell is rumored to be splitting from longtime partner Kelli Carpenter, reports the NY Post. Carpenter is a former marketing exec with Nickelodeon who co-founded the "R Family Vacations" with O'Donnell.

The couple married four years ago in San Francisco, only to have their union ruled invalid by the California Supreme Court, which recently reversed that decision. Rosie is currently touring with Cyndi Lauper, and sources are telling "Extra" that reports of her splitting with Kelli are FALSE. In fact, the two will be together on a family cruise next week!

A few weeks ago, Rosie blogged about tying the knot with Kelli again -- when gay marriage becomes legal across the U.S. The two have four children -- Parker Jaren, 13, Chelsea Belle, 10, Blake Christopher, 8, and Vivienne Rose, 5.