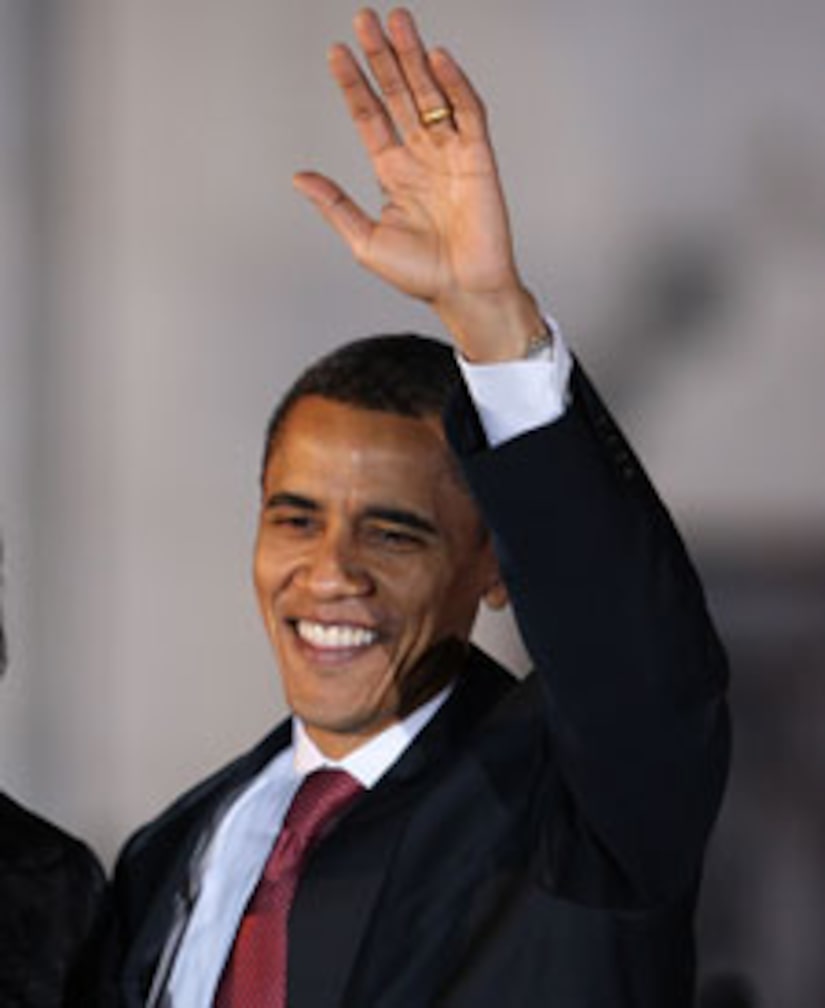 Presidential hopeful Barack Obama has landed enough delegates to become the presumptive Democratic nominee -- making him the first African-American to lead a major party ticket, and Hollywood stars are rallying for him.

Tinseltown supporters of the Illinois senator celebrated -- including actress Kate Walsh. "I think this is a great movement in American history," the "Private Practice" star tells Us Weekly. "The American people want a change in their government and Barack Obama is the best person to lead and serve and bring about the real changes people want. I am thrilled."

Gwyneth Paltrow was quoted in Harper's Bazaar saying, "A lot of people in the West think that we're not very sensitive to the rest of the world, and I think that having a president called Barack Hussein Obama in 2008 says that we are part of the world, and we don't want to make unilateral decisions about the fate of all of us. I just pray to God that he wins."

Hillary Clinton announced yesterday that she is open to the possibility of a so-called dream ticket -- will she sign on as Barack's veep? Stay tuned!