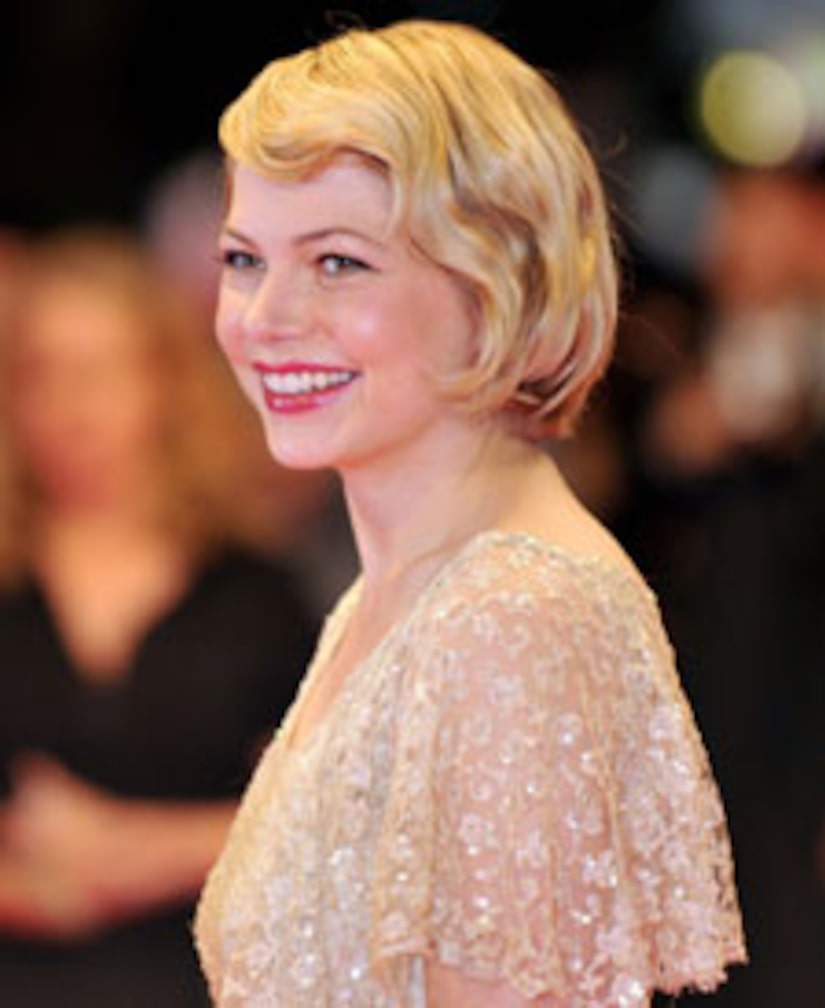 In her first red carpet appearance since actor Heath Ledger's death, Michelle Williams stepped back into the limelight in a last-minute appearance at the premiere of her newest film, "Wendy and Lucy," reports People.

"It was decided Monday night that she could come to Cannes, and she got on the next plane to arrive just in time to get dressed and come to our premiere," said a rep for the flick.

Michelle's role in "Wendy and Lucy" was reportedly well-received. "Some people said tonight it was a transcendent performance," said the rep. "It's about things going on around her -- you see her taking care of herself first [in the film], which is exactly what we must do."

Michelle has been notably absent from public events since her ex, Heath Ledger, died of an accidental overdose in January. Since then, she has been spotted in New York with the couple's 2-year-old daughter, Matilda.

The actress wore vintage Chanel Haute Couture, and will stay in the south of France until Friday to promote her other movie at the festival, "Synecdoche, New York," before returning to Boston to resume filming on Martin Scorsese's next picture.