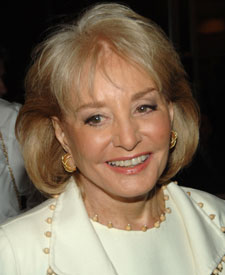 "Star decided to have a gastric bypass operation," reveals Walters, "but then she decided not to tell anybody." Why did the ladies on "View" keep the secret of Jones going under the knife? "She was our colleague and she did not want us to out her," says Barbara.

This morning on "Today," Rosie talked about her explosive fight with Elisabeth Hasselbeck that made the pages of the Walters' book -- and insists that she remains friends with the TV legend Walters.

Don't miss "Extra's" sit-down with Walters later this week, as she answers the burning questions everyone wants to ask!