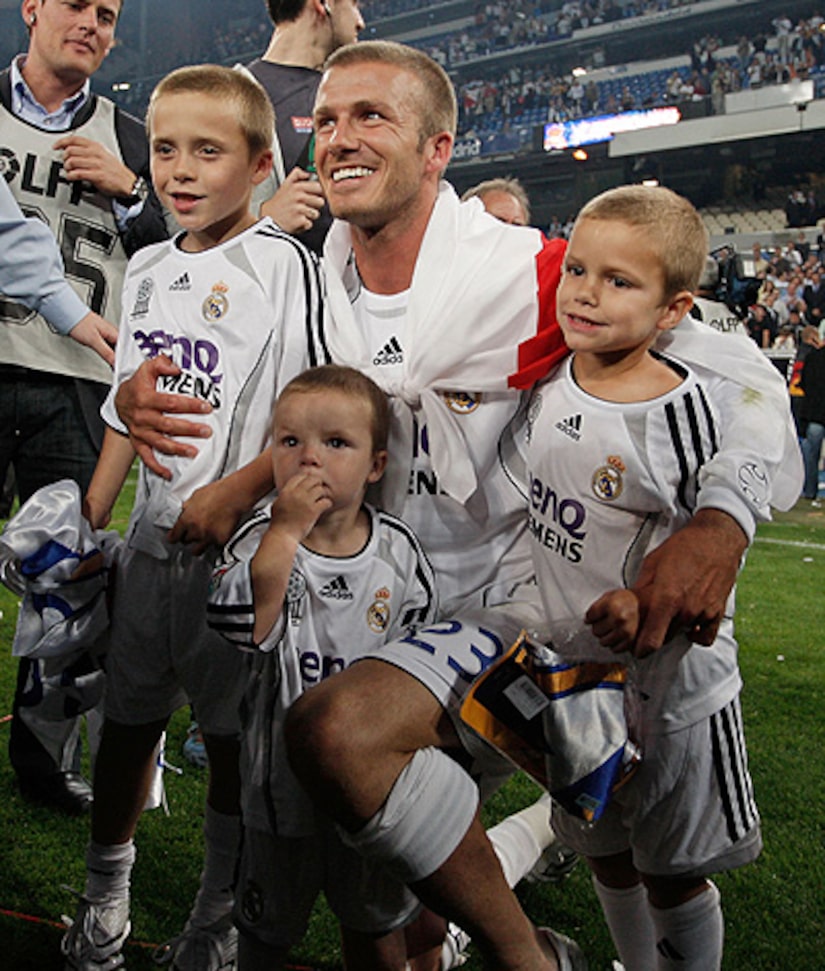 "Extra" is going behind the scenes with David Beckham for a lesson on how to bend it -- and for an exclusive look at his L.A. soccer academy. The world famous footballer dishes to "Extra" about his surreal life alongside Posh and his three sons -- and why he strives for a sense of normalcy in his life.

Sons Brooklyn, Romeo and Cruz rub elbows with Hollywood elite, and the boys have become fond of another celebutot -- little Suri Cruise! "Obviously, we've been around Tom and Katie for quite awhile now," he says, "and when the kids are around they just love cuddling [Suri], kissing her, laughing, joking with her."

The father of three is hands-on, even when it comes to the cleanliness of his mansions! The self-proclaimed neat freak has admitted to vacuuming in straight lines, even though wife Victoria pokes fun at it! "Victoria would just walk out onto the carpet... she'd stand there and laugh at me, she's the total opposite."

Beckham is planning to open another David Beckham Academy in Brazil, adding to his Los Angeles and London locales. "I've always loved working with kids, always wanted to give something back to the game," he declares, "this is a great way of doing it. Some way that I know I can do it."

Tune in to "Extra" tomorrow as we delve further into the life of David Beckham -- and find out if he really wants enough kids for his own soccer team!