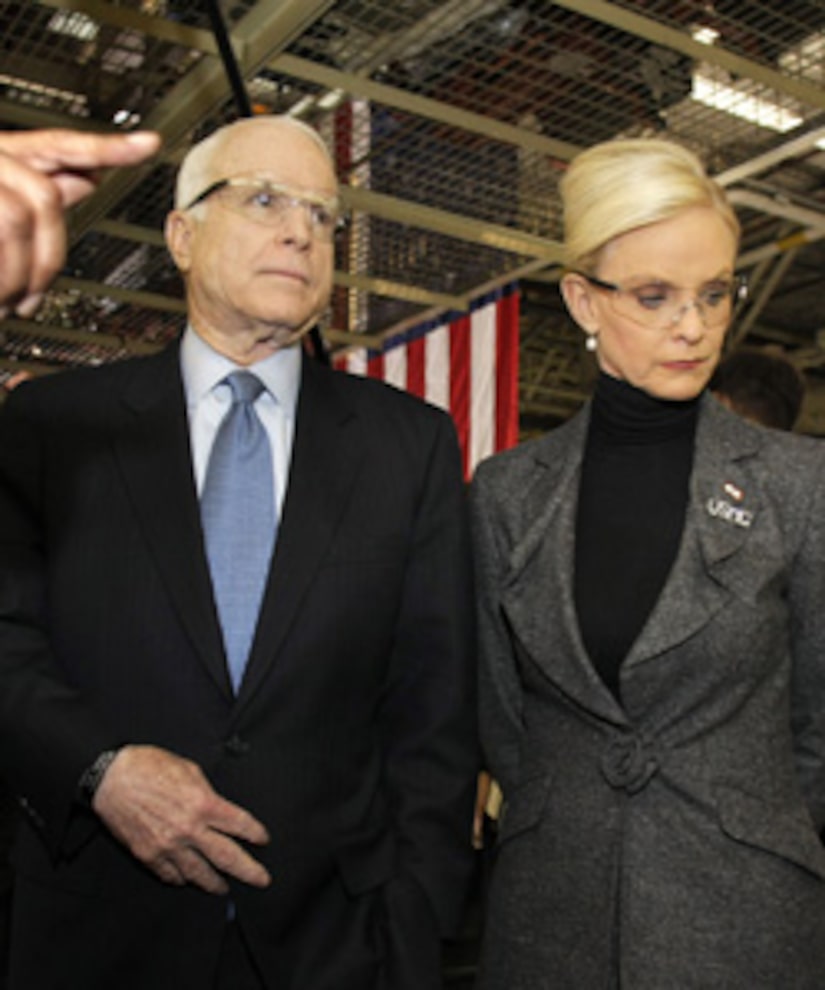 John McCain is being rocked by The New York Times story insinuating he had an affair with 40-year-old lobbyist Vicki Iseman, which he hotly denies and calls a smear campaign.

Today his wife Cindy is standing by her man, explaining at a news conference, "My children and I not only trust my husband, but know that he would never do anything to not only disappoint our family, but disappoint the people of America."

In 2000, the presidential hopeful and Cindy talked to "Extra" about their romance, and she had nothing but love and support for her husband.

"Being the last person he talks to at night and the first person in the morning makes a big difference," Cindy said.

John and Cindy gave "Extra" that interview right around the time reports say the lobbyist was warned to stay away from him.

Now the couple who would call the White House home insist they will survive this all-new scandal, just as they stood together during the 2000 campaign.

"We're in this to the end," Cindy said. "We look forward to letting the United States choose the right candidate, and I believe that will be my husband."

As McCain's camp blasts reports of another woman, Gennifer Flowers – the other woman who rocked Bill Clinton's presidential campaign – is speaking out.

"I'm not going to make judgment on John McCain or the lady - yet," Flowers told "Extra." "If she has nothing to hide, I think she should come forward and clear it up."

Flowers does, however, offer advice to the other "other" woman, saying she should, "Surround herself with excellent advisors before she makes any statements."

She added, "If she has nothing to hide, I think she should come forward and clear it up.

Flowers came forward in 1992, claiming she had a 12-year relationship with Clinton. She has since put that painful chapter behind her and embarked on a successful singing career, but she still claims to remember the chaos that caused such intense crisis in her own life.

Flowers told "Extra" she recently received an interesting phone message from the former president himself, at first not realizing it was on behalf of Hilary's campaign.

"Now it's funny," she said of the voicemail. "At the time it gave almost gave me a heart attack."

The women of "The View," as well as Oscar host Jon Stewart, are also weighing in on the scandal.

Sherri Shepherd said she's really "feeling for Cindy McCain," while Stewart confessed, "John McCain is someone I have great respect for."