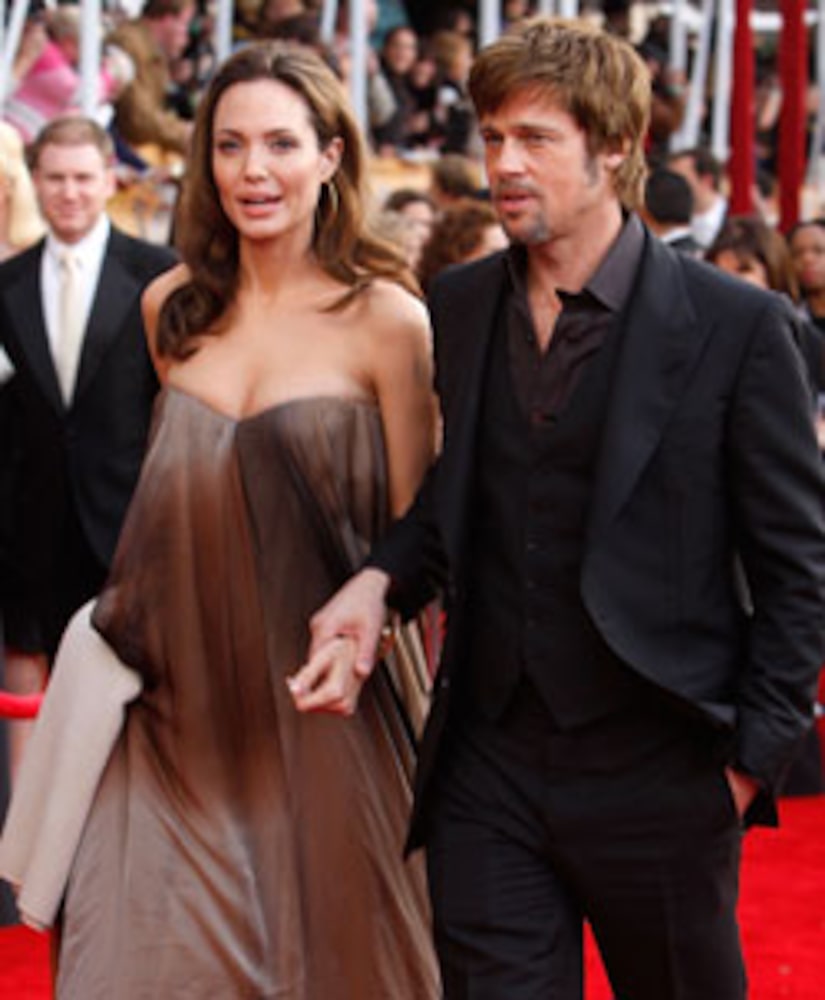 The writers strike may have doomed the Golden Globes, but the Screen Actors Guild awards are in full swing!

The stars are arriving on the red carpet for the first major ceremony to be granted a waiver by the WGA. Tonight, celebs are expected to bring every ounce of glamour to an awards season in desperate need of some star power.

The Shrine Auditorium will see exactly that tonight. Stars from Tom Cruise to Kate Hudson will present, and Brad Pitt and Angelina Jolie will make their grand entrance alongside George Clooney, Cate Blanchett and other A-list nominees.

If the strike isn't resolved before the biggest ceremony of the year - the Oscars - the show could go on in the same awkward format as the Globes. But Academy Awards producer Gil Cates has said that the show will still be broadcast on ABC, even if celebrities refuse to show up.