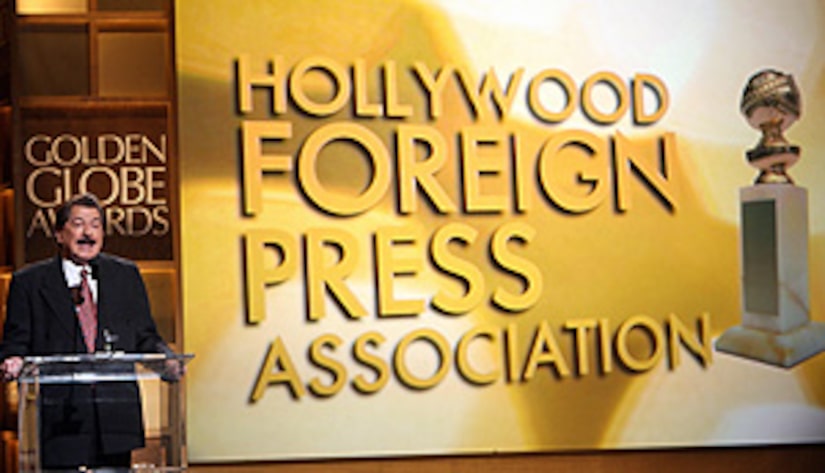 The Golden Globe Awards are underway, but in a stunningly different context: Winners are being announced via press conference.

There is no red carpet, no photographers, no limos and glamorous gowns. The entire ceremony is being announced in one hour.

The Globes are the second casualty of the 10-week-old writers strike. The People's Choice Awards aired Jan. 8 in a similar news magazine format, with host Queen Latifah announcing the winners. The ceremony drew only 6 million viewers, whereas last year, it pulled in 11.3 million.