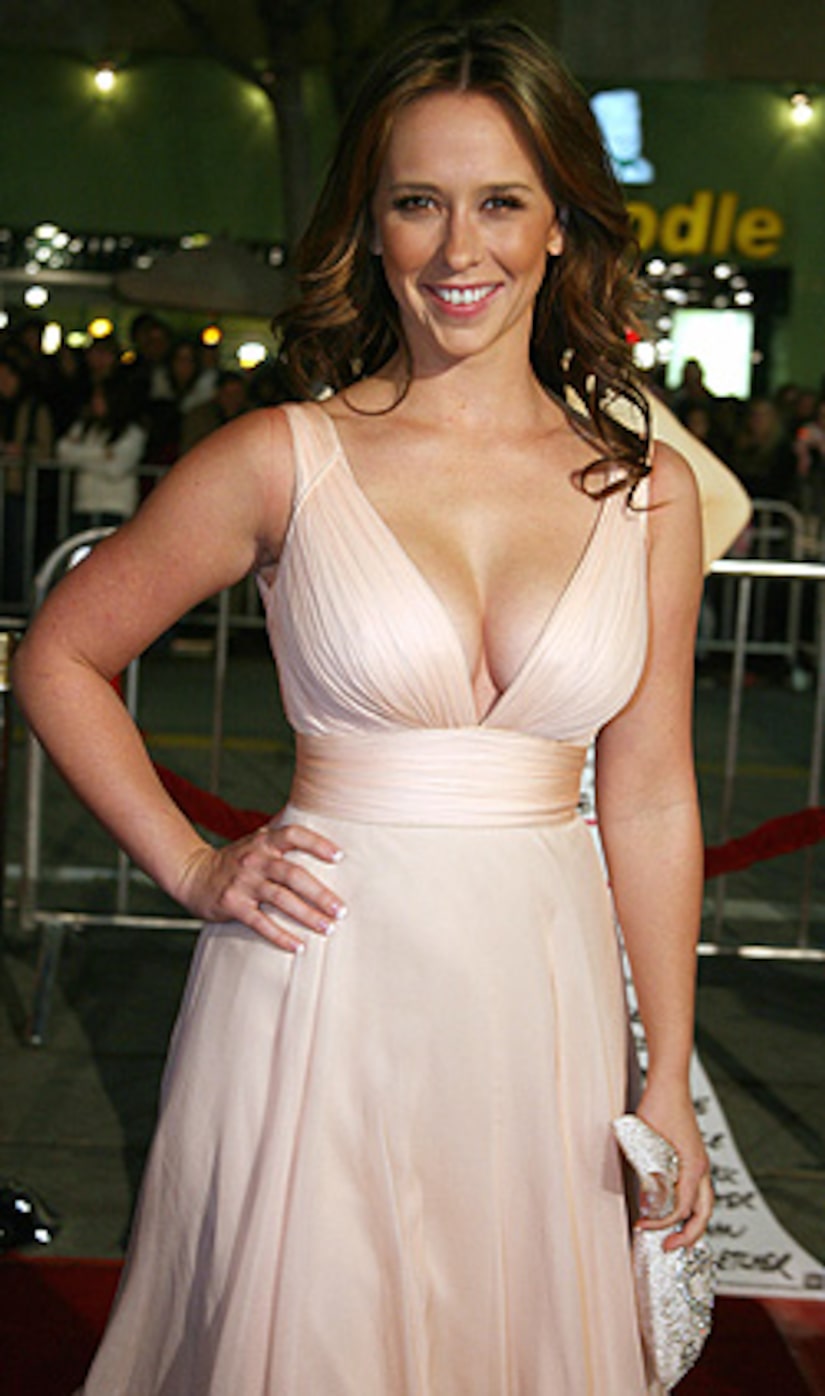 Jennifer Love Hewitt stepped out at last night's premiere of "27 Dresses" and silenced critics who said her body wasn't good enough for Hollywood.

The "Ghost Whisperer" star, who took some major hits in the press after photos of her in a bikini surfaced on the Web, wowed the crowd in a tight pink dress with fiancé Ross McCall by her side. Still, she admitted she's still upset about the controversy.

"It made me feel a little embarrassed to be honest," she confessed. "It made me a little sad. It hurt my feelings."

She blasted, "And I think we should let people be!"

She also weighed in on the Britney Spears saga, saying, "I think that sometimes in this business, stuff happens and sometimes the only cure for it is to get out...I feel bad because everyone kind of judges her and splatters her business everywhere. No one goes, 'Why is this happening?' They just judge and judge and judge. It's too bad."