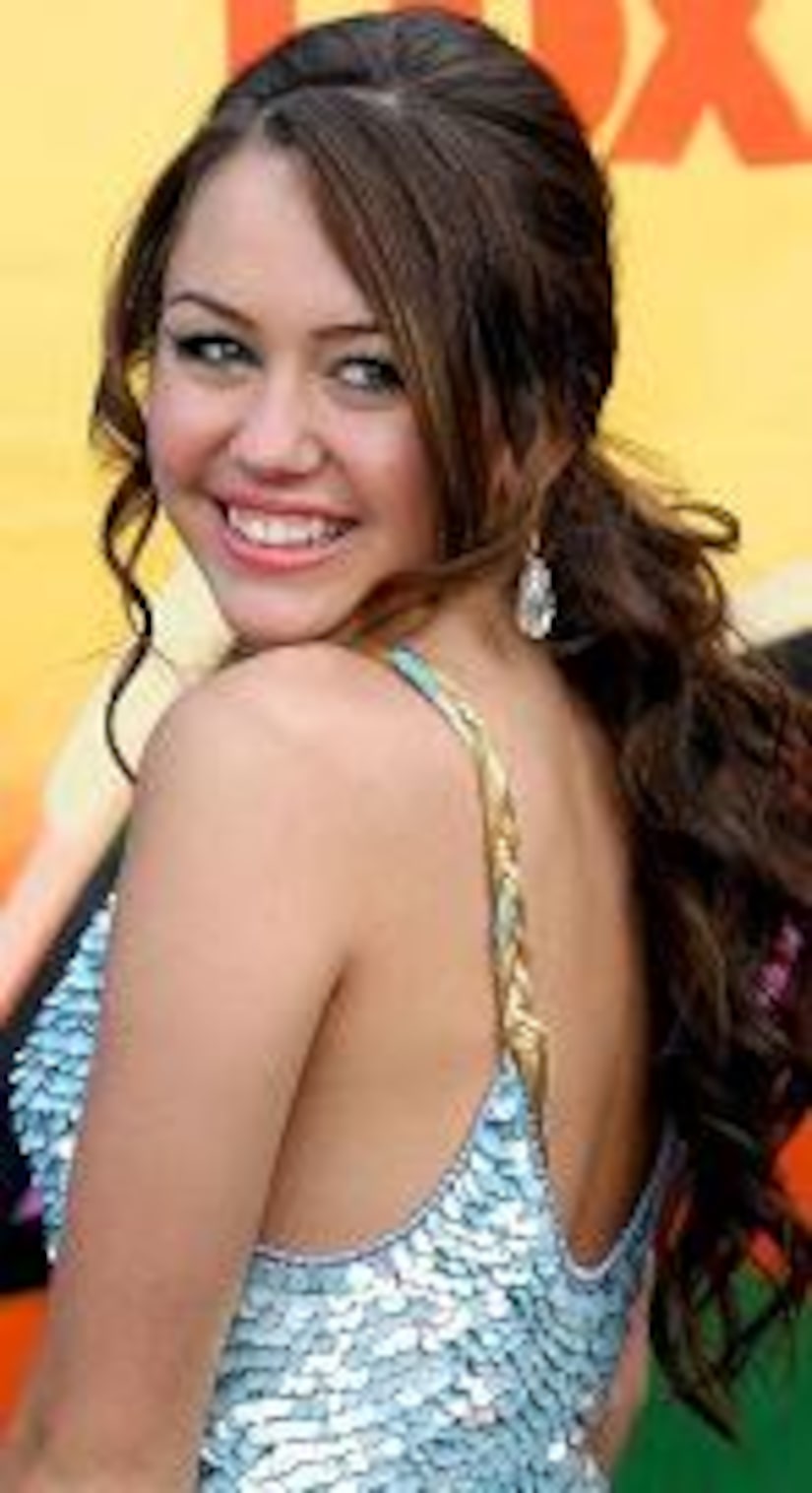 Teen sensation Miley Cyrus doesn't want to be known for jailtime, pregnancy or DUI's: She wants to be a good role model.

"I like to look kind of like what girls would want to look up to, and their moms and dads will say, 'Hey, that's cool. That's different,'" she said during a taping of "The Oprah Winfrey Show" yesterday.

The "Hannah Montana" star, 15, added she thinks of her audience when she picks out clothes for the red carpet.

"I say what I'm comfortable in and what I like and nothing that's too out there," she said.

"My dad - he's a big influence, not only just because of the music but growing up around him," she says. "I've never seen him treat anyone less than with respect and love for everyone, down to the fans that wait until 3 in the morning until his bus pulls out at 5."