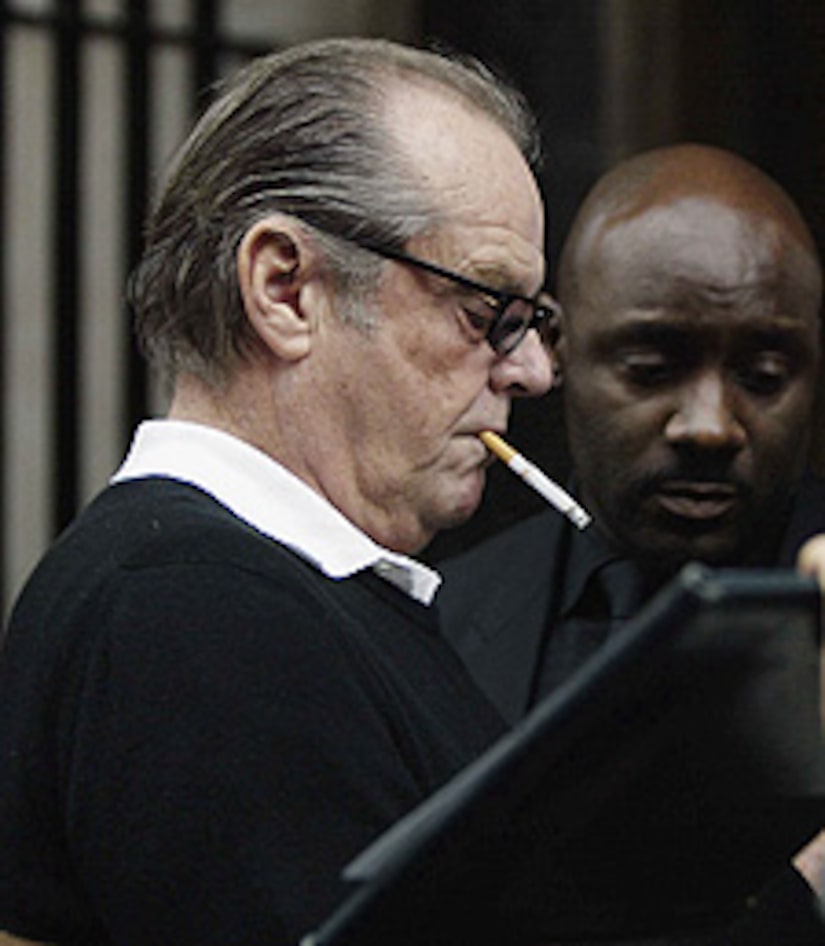 Hollywood legend Jack Nicholson is said to have smoked a pack of cigarettes a day for most of his life.

Now the icon is admitting that he's worried his smoking habit may cause his health to falter.

Jack, 70, who faces his own mortality in the new movie "The Bucket List," tells the Los Angeles Times that he knows smoking is stupid and fears what it may have done to his body.

"It is not so much that you fear that moment when somebody comes in and says, 'That's it. You're dead. You smoked too much,'" says Jack. "Well, that's not the real fear. The real fear is going through now the process and thinking, 'I'm dying of stupidity.'"